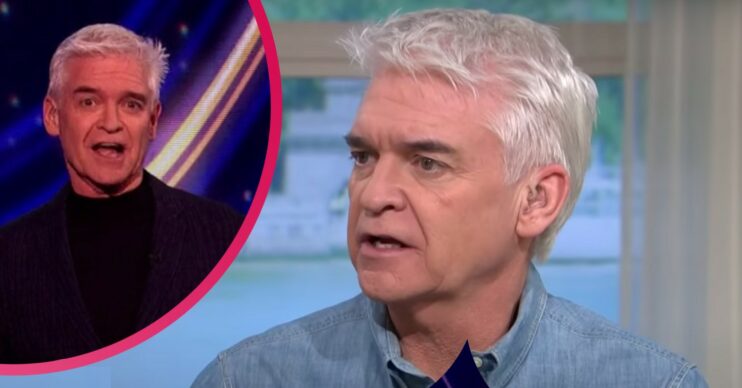 Said to remember exactly when it started

Phillip Schofield reportedly lives with a health condition he has endured for many years.

The Dancing On Ice presenter – who hosts tonight’s final alongside Holly Willoughby – reportedly hears sound constantly due to tinnitus.

Phillip has previously opened up about symptoms he suffers due to tinnitus in segments on This Morning.

The 59-year-old addressed the condition with Dr Nighat Arif in May 2021.

This Morning GP Dr Arif described tinnitus as when the ear drum vibrates away, making sufferers believe they are hearing an external noise.

Phillip said at the time he hears a “high-pitched noise”.

‘Mine started years and years ago’

He told This Morning viewers he has suffered for several years.

Phillip said: “I suffer from tinnitus. Mine started years and years ago. I can remember exactly when it started, I was sitting in a car and we were going over Henley Bridge, and I thought: ‘What’s that noise?!'”

I waited for days for it to go away and it never did.

He continued: “I couldn’t figure out what it was. I waited for days for it to go away and it never did and then I went to the doctor who said it was tinnitus.”

The ITV star is said to have added: “Thankfully it’s not too severe, it’s a nuisance. I hear it when I’m lying in bed at night, it’s not debilitating.”