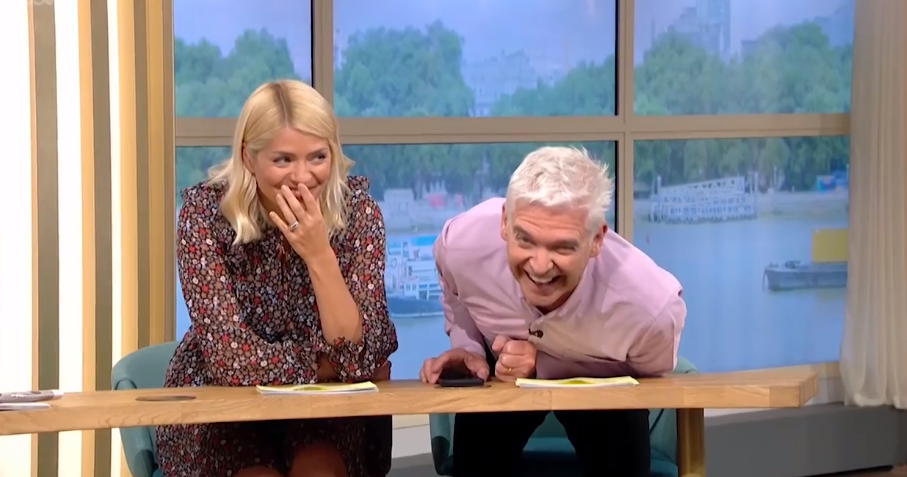 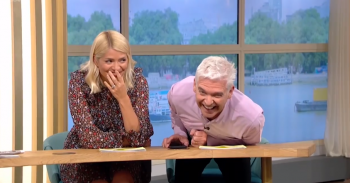 He was caught off guard!

Phillip Schofield was caught using his phone after Alison Hammond’s competition segment got cut off.

During Monday’s show, Phil and co-star Holly Willoughby had handed over to Alison for the segment but after the signal failed, the show returned to the studio where Phil was slightly unprepared.

Caught off guard, Phil was seen laughing as he admitted he was trying to share a photo on Instagram about his other TV show, Five Gold Rings.

Slightly red-faced, Phil exclaimed: “I was on my phone!”

Holly asked: “Were you entering the competition, you are not allowed to do that!”

Phil said: “No, I was about to Instagram about how you get tickets to the new series of Five Gold Rings. So I was working!”

Last week, Phil awkwardly cut off Loose Women panellist Ruth Langsford as she was revealing what was coming up on the show that day.

He said: “Guys, we’re going to have to jump in there and stop you I’m afraid, because we’re a bit tight for time on this end!”

Ruth was visibly stunned as Phil continued: “Thank you, Ruth, and we’ll catch you guys a little bit later.”

But it didn’t end there, as the two started talking over one another, with Ruth complaining to the other panellists that she only had “two more words to say”.

Viewers on Twitter believed Ruth looked seething, with some branding her rude and pointing out that she did go on a bit.

One tweeted: “Haha Ruth Langsford cutting the one and only @Schofe off and slamming her pen down, how very professional.”

Someone else wrote: “Ruth seething right now. I heard that backchat.”