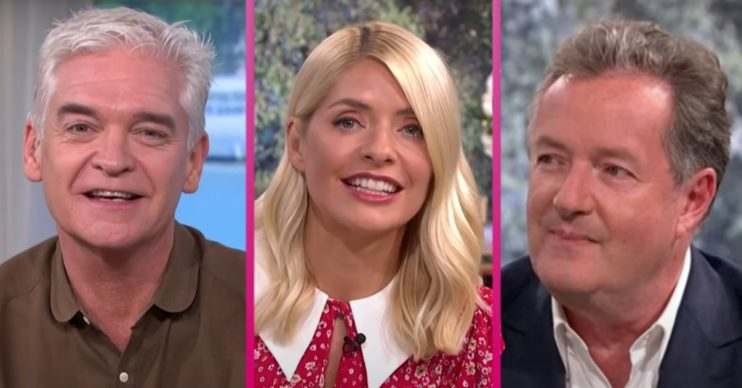 This Morning duo rubbed it right in!

Alison Hammond announced that the show had won a TV Choice Award.

In bagging Best Daytime Show, This Morning beat the likes of Good Morning Britain to the prize.

And Phil and Holly were quick to let know GMB’s Piers Morgan about it, sarcastically apologising for winning.

The TV Choice Awards event will be taking place virtually due to the coronavirus crisis.

But Alison was given the honour of presenting the award to herself and her colleagues on ITV’s flagship daytime show.

She said: “Because of Covid, there’s no awards ceremony so they’ve entrusted me to deliver this to This Morning.”

Going on to list their rivals for the award, Alison also noted This Morning has dominated the category.

Read more: Katie Price gushes over son Harvey as he shows off art skills ahead of school return

“This is the fifth one we’ve won,” she said.

Alison added proudly: “On behalf of all the nation, you guys have been amazing and the team has been amazing.

“On behalf of all the nation, you have been absolutely amazing and you do deserve this.”

Phillip went on to thank viewers who voted for the show, saying: “If you did vote for us then, thank you very much indeed!”

He also gave a mock apology to Piers.

“And sorry, Piers!” he smiled after offering his gratitude to fans.

“I can feel another glass of champagne coming on,” a pleased Holly pondered.

He said: “As voted for entirely by fans, The TV Choice Awards are a chance for us as viewers to celebrate the shows that have made the biggest impact in the last year.

“Join me in marking the achievements of our favourite TV stars as we settle in for a night of big reveals, speeches and maybe even a surprise or two.”