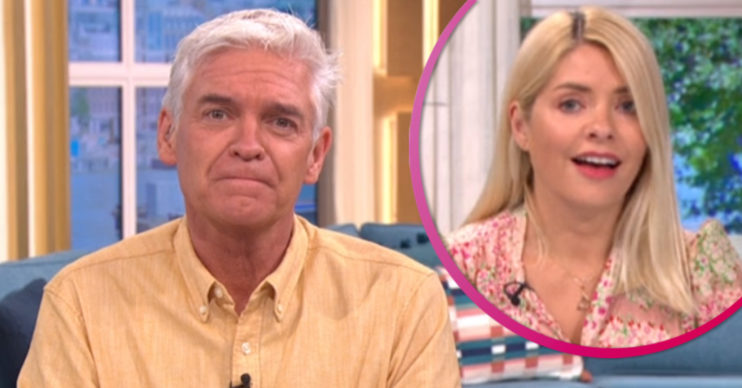 Isobel said she watches the show every day

Holly Willoughby and Phillip Schofield were left emotional when a This Morning viewer told them they are her “life”.

Isobel called into the programme to ask Martin Lewis for advice on how she can get equity out of her house.

Isobel explained her late husband left her “quite well off” but he was the “financial one”.

However, after money saving expert Martin gave his advice, Isobel had a message for Holly and Phil.

Isobel said: “Can I just say, Holly, Phillip, Martin… you are my life.

“I watch you every single day and you are my life,” as Phil became emotional.

Holly told her: “That’s really kind of you to say so, thank you very much.”

Isobel said: “I love you so much.”

Holly added: “Well we make it for you that’s for sure!” as Phil said: “Thank you Isobel.”

Phil then said: “We’ll be in touch and we’ll definitely sort you out now.”

Meanwhile, on Monday’s show, Alison Hammond returned to the studio after weeks away due to the coronavirus pandemic.

Walking out on set, the star was wearing a rainbow decorated hat which had two sticks attached to it so she could maintain social distancing.

At the start of the programme, Holly and Phil announced Alison’s return.

Holly said: “For the first time in 15 weeks, we’re finally allowed a guest in the studio so we invited the best, most entertaining woman we know.”

Alison exclaimed: “Hi everyone! Keep your distance,” as she almost knocked everything off the shelves in the kitchen with her hat.

Holly admitted: “Alison this is really hard because you give the best hugs.

“Every instinct in my body is just wanting to give you a hug. I can’t believe you’re here.”

Viewers were thrilled to have Alison back on the programme.

One person said on Twitter: “Alison being on the show has already made my Monday.”

Another wrote: “No changes, Alison Hammond is still an ABSOLUTE legend.”