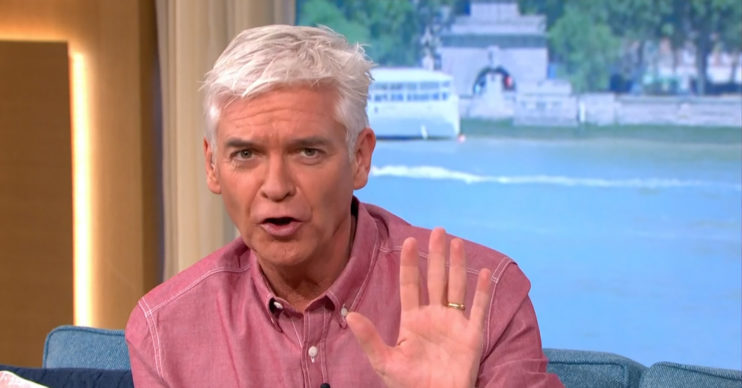 Phillip Schofield was “kicking off” just before This Morning went on air.

The 58-year-old presenter – who fronts the ITV daytime show with Holly Willoughby – was fretting at the beginning of Thursday’s episode (July 2).

His co-host Holly laughed: “You say ‘kicking off’ – if you’d have heard us five seconds before air, Phil was actually screaming!”

Phillip admitted he was struggling to read his notes because his “reading eye is slipping” after previously getting laser treatment to fix his eyesight.

He explained: “If you follow this show, like for a long time, you will know that years ago I had my eyes lasered, and they have been incredible.

“I’ve got one distance eye and one reading eye, and it’s amazing, really clever, and your brain gets used to it, and since

If you’d have heard us five seconds before air, Phil was actually screaming!

While he was addressing the issue, the producers blurred the camera for the viewers at home, and Phillip was quick to address the lighthearted joke.

He added: “That’s what I’m seeing! I want to have them lasered again, but the laser place isn’t open!”

Holly suggested he could wear his glasses, but he quickly dismissed the idea.

She quipped: “We’ll all agree if you can’t read [your notes], it’s fine. We won’t draw attention to it [but] it is integral to your job to read!”

Phillip replied: “I can read distance! It’s just up close [I can’t].”

However, his co-star tried to play down the issue, as she joked that she “never [reads] those anyway”.

Our @Schofe has been kicking off this morning, and here's why!

Do you want watch today’s show? Leave us a comment on our Facebook page @EntertainmentDailyFix and let us know.