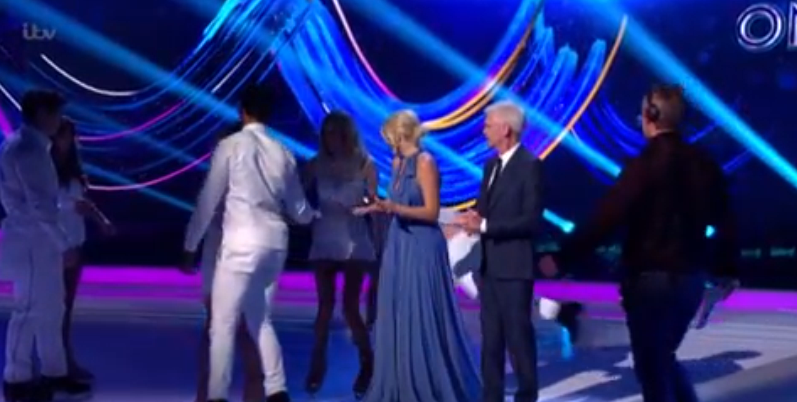 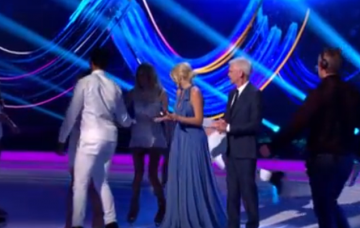 Dancing On Ice may have appeared to go off without any accidents on last night’s debut show, but one of the contestants actually took a really nasty tumble.

And we would be none the wiser it had happened if it hadn’t been for Philip Schofield and Holly Willoughby revealing all on This Morning.

According to the Dancing On Ice hosts, one of the contestants didn’t quite listen to a warning the pair gave to all of the skaters, and paid the price for it.

Rugby player Max Evans only appeared on the show last night in a segment where ALL 12 of the celebrity skaters were introduced to the public.

Just before it was filmed, Phil had issued some helpful info to them all, explaining that there would be a carpet on the ice where he and Holly would be standing.

Philip explained: “There was a long carpet on the ice for Holly and I to walk down on, and we told all the skaters to watch out for it.

“But did everyone listen?”

Well, no is the answer.

Max caught his skate on the edge of the carpet and took off in a Superman stylee as he flew arms first onto the ice.

Whilst everyone around Max appeared in shock, Philip can be heard saying: “What did I say?”

A more concerned Holly asked: “Oh my god, are you okay?”

Max then got up and told everybody he was fine.

Read more: Bake Off star hits back at kissing scandal

As they watched a slow motion video of the trip on This Morning, Philip unhelpfully added: “You can’t skate on carpet!”

Holly went on to say “He did well though – he lands on his hands not his knees, because it sounded behind… that clonk on cold ice is not fun. Thankfully he’s fine.”

Max, 34, will be skating for his life with professional skater Ale Izquierdo on this Sunday’s show.

The person with the least amount of points will go into the skate-off with Bake Off star Candice Brown, who finished bottom with 13 points last night.

Hopefully this time he will have no falls!