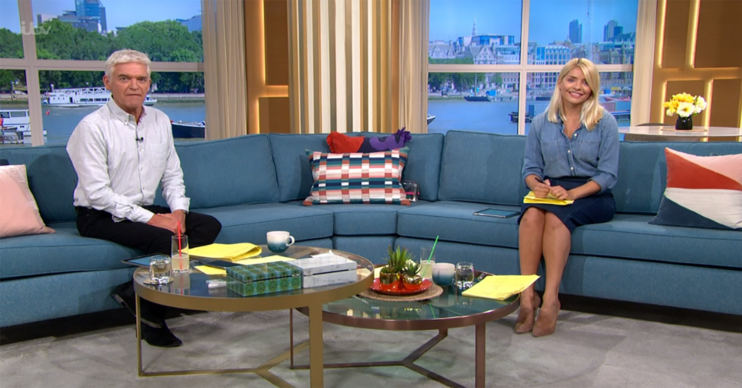 They couldn't work out what had happened

TV’s Holly Willoughby and Phillip Schofield were left shocked when This Morning was plunged into darkness today.

The daytime programme suffered a technical gaffe on Monday (June 29) as the hosts tried to show a preview of an upcoming segment.

The studio went black as Holly and Phil discussed a segment about public toilets.

As Holly explained what segment was coming up, the screen went black.

Who would have thought a public toilet would take us off air?

Phil said: “We managed to stay on for all this time, it would be a shame if it went now.

“Who would have believed a public toilet would take us off air?”

Eventually the show returned to normal and Holly and Phil continued presenting duties.

Meanwhile, over the weekend, a This Morning insider expressed concern for Holly and Phil amid reports its editor is leaving.

Martin Frizell, who is charge of the ITV daytime show, is said to be leaving.

Even though there’s nothing to suggest Holly and Phil have any plans to leave, a source wondered what they’ll do if Martin leaves.

Changes to This Morning?

The editor, the source claimed, is a key player in keeping the duo in line.

They told the Mail On Sunday: “Phil and Holly actually listen to Martin.

“Who knows what they’d do if he left?”

Meanwhile, last week, Holly and Phil got the giggles during a serious debate after Phil made a cheeky slip of the tongue.

Viewers called in with their questions on holiday refunds.

One person said her holiday wasn’t cancelled or refunded despite the hotel confirming it had closed.

But then Phil made a slip-up, saying: “If Love Honey said…

“Love Holidays not Love Honey – that’s a whole different package coming through the door there!”

Love Honey is an adult toy and sexy lingerie retailer.

Phil and Holly descended into giggles over the gaffe.

Do you enjoy watching Holly and Phil on This Morning? Leave us a comment on our Facebook page @EntertainmentDailyFix and let us know.