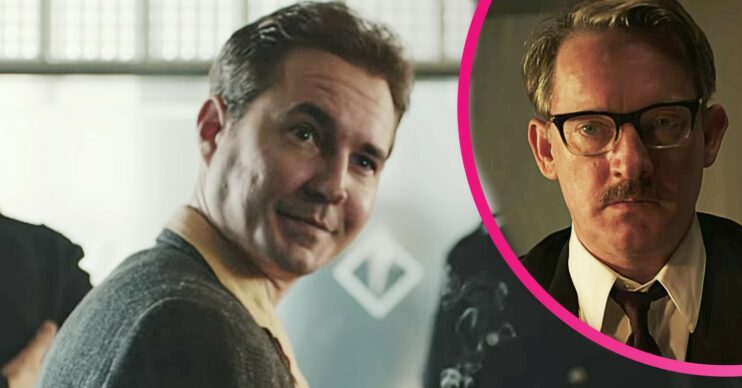 The drama depicts upsetting events in the 1950s

In Plain Sight is getting a repeat on ITV tonight (Monday June 7) but families of the murder victims have begged the channel not to show it again.

The true-crime adaptation tells the story of Peter Manuel, the Scottish serial killer who murdered seven people in the 1950s.

Now the three-part series, which stars Line of Duty’s Martin Compston as Manuel, is set to hit screens again tonight.

What did the victims’ families say about In Plain Sight on ITV?

The horrific story of Manuel, nicknamed The Beast of Birkenshaw, has upset family members of his seven victims.

Speaking to the Daily Record, Stuart Reid – the nephew of victims of Marion Watt and Margaret Brown – said that it would “open up old wounds”.

“They’re going to show this programme again from 2016 called In Plain Sight about the murderer Peter Manuel who murdered my dad’s two sisters and his cousin.

“All we want is for someone to stop this horrible decision.

“I was 12 at the time, I will be 77 at the end of this month – it’s terrible that this is still going on. Me and my brother David are the last of my dad’s family.”

Stuart said that the murders had haunted his father all his life.

However, ITV told the newspaper: “Before the drama commenced filming, the production team set out to trace and contact as many surviving relatives of Manuel’s victims as they could, but unfortunately we were unable to find the Reid brothers, hence them learning about the drama from pre-tx publicity.

“At the time we spoke to the brothers to reassure them that we fully respect and understand their views.”

What did Peter Manuel do and what happened to him?

Peter Manuel was born in New York to Scottish parents, who moved back to their home country in 1932.

Manuel himself was a petty thief in his early years, and was jailed for nine years aged 16 when he was arrested for sexual assault.

When he was eventually arrested for the seven murders he committed between 1956 and 1958, he caused a sensation in court when he sacked his legal team and defended himself.

All this showmanship was to no avail, and he was hanged at Barlinnie Prison on July 11, 1958.

Reportedly, his last words were: “Turn up the radio and I’ll go quietly”.