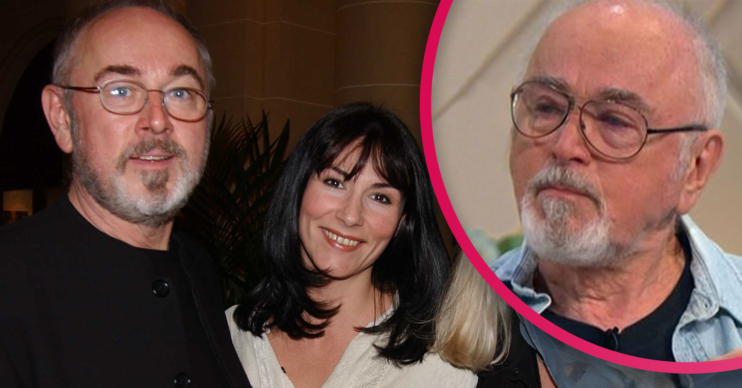 Peter Egan on Lorraine today: Actor breaks down in tears as he discusses death of wife Myra Frances

'It's only been three months so excuse me'

Unforgotten star Peter Egan broke down in tears on Lorraine today (June 30) as he discussed his late wife Myra Frances on TV for the first time since her death.

Peter was on ITV breakfast show Lorraine to discuss a ban on trophy hunting that he’s campaigning for.

And talk soon turned to Myra, who died after a long battle with cancer on March 30 this year.

What happened with Peter Egan on Lorraine today?

The interview started with Peter chatting to Lorraine about the death of Cecil the lion.

Of course, Cecil was shot by a trophy hunter back in 2015.

Peter explained: “He didn’t choose to shoot him with a bullet, he shot him with an arrow.

“He was so incompetent he seriously wounded Cecil who ran into the bush and was alive for a further 30 hours and the only way they found him was because they could hear him drowning in his own blood.

“Now what makes people want to do that?”

Lorraine then explained that campaigning for animal rights has been a “life-long crusade” for Peter – and he explained it was something Myra introduced him to.

This is the saddest post I will ever have to make. My wonderful wife Myra, my friend & soulmate lost her battle with cancer at 1.30am on Tuesday. This message is for all her followers on her FB & Twitter ⁦@EganMyra⁩ She was the most amazing human being. My heart is broken. pic.twitter.com/gn0jbNKc6d

What did Peter say about his wife Myra Frances?

Lorraine told Peter: “I’m so sorry for your loss,” at which Peter started to choke up.

The TV host apologised and he said: “No, it’s okay.”

He added: “It’s only three months so excuse me. Whenever I think of her I collapse a little bit.”

Peter told Lorraine that they were together for 49 years.

He added: “She was a wonderful woman. She was very inspirational.

It’s only three months so excuse me. Whenever I think of her I collapse a little bit.

“She was responsible for me first becoming engaged with trophy hunting and animal rights 30 years ago when we started rescuing dogs together.”

Lorraine chipped in: “Her legacy is remarkable.”

Peter agreed: “It is. Phenomenal.”

Lorraine then explained: “There’s even a day for her – a celebration day, and that’s not something that happens for everyone.”

What was Myra Frances famous for?

Myra was known for her roles in Survivors and Doctor Who.

She died at the age of 78 after a long battle with cancer, leaving Peter devastated.

The couple had a daughter, Rebecca, together.

He will next be seen on our screens in series three of Ricky Gervais show After Life.

What did Lorraine viewers say about Peter’s emotional interview today?

Viewers were full of sympathy for Peter.

Posting on Twitter, one said: “Crying at Peter Egan on @reallorraine and her genuine kindness at seeing him still heartbroken over the loss of his love.”

Another added: “If I could reach into the tv and hug Peter Egan , I would. So sorry for his loss.”

A third said: “Oh seeing Peter Egan getting choked up, is choking me up.”