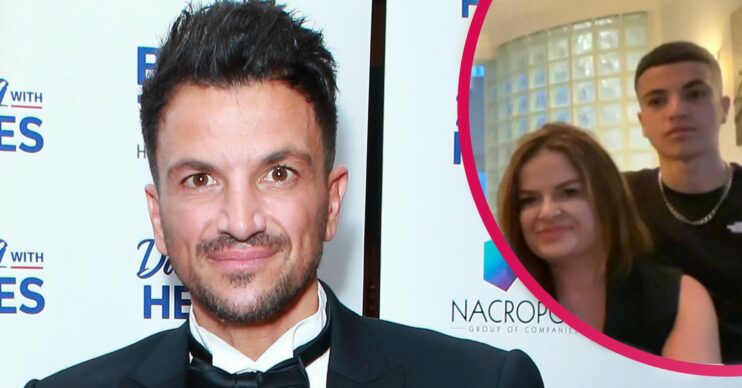 Peter is in Australia with his family

Peter Andre appeared on GMB with his siblings and son Junior today as he opened up about reuniting with his family in Australia.

The singer said the reunion with his family was “emotional” as he appeared on Good Morning Britain with his brother Michael and sister Debbie.

Peter‘s son Junior, 16, also joined the chat and said he was “very emotional” seeing his family again for the first time in two years.

Peter Andre on GMB with siblings

During the interview, Peter and his siblings also issued an update on their mother Thea whose health is “declining”.

Peter said: “She’s suffering quite a bit… it means a lot to us to be able to have this time with mum.

“Debbie you’ve been so important in this, helping mum and dad out. I love my sister.”

Host Ben Shephard then asked Junior who was more emotional over the reunion, his dad Peter or his uncle Michael.

“I hadn’t seen them for a very long time, it has been amazing.”

“I love them and missed them so much, it’s good that we have seen them. There were emotional tears everywhere.”

It comes after Peter revealed that he had reunited with his elderly mother after years apart due to the pandemic.

He said on Instagram: “These last few days with my mum have been the greatest days in many many years.

“I can’t begin to express how I feel to be with her. I’m happy now.”

He said: “I feel great about being a year away from 50.

“The only thing that worries me about turning another year older is that my parents are getting older and my mum’s health is really declining, which makes me sad.

“But everything else is going well and I feel great.”