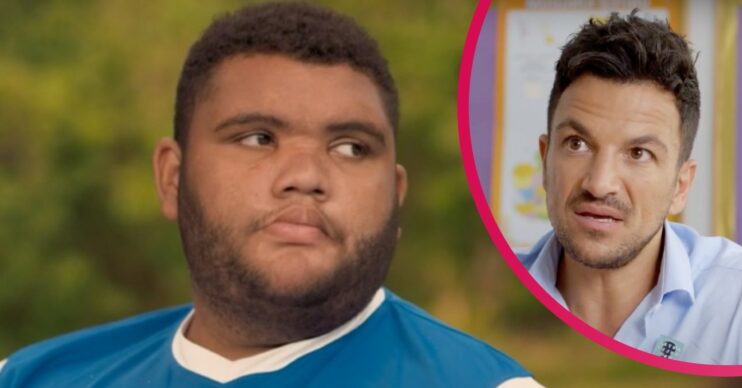 Does Peter Andre see Harvey now? Inside their once-strong ‘father and son’ relationship

Pete said knowing Harvey 'taught him to be a dad'

Peter Andre was stepfather to Katie Price‘s eldest son Harvey when the two celebs were hitched between 2005 and 2009.

The former couple also share son Junior,16, and daughter Princess, 14, together. And both kids appear to spend plenty of time with each of their parents since their family split.

However, Katie has previously claimed Peter‘s relationship with Harvey changed after the break up.

She also suggested in a memoir that Harvey, now 19, has been known to become “stressed” by mentions of Pete.

It was reported in October 2021 that Katie indicated in her book Katie Price: Harvey and Me that her son refuses to meet with Peter.

She claimed Harvey was “really upset” about the split. And Katie also speculated he may have been ‘frustrated’ at the time as he wasn’t able to express his feelings.

However, Katie believed Harvey – who has Prader-Willi Syndrome, autism and blindness – recalls more about that period than might be expected.

Furthermore, she added Harvey became less “interested” in spending time with Peter as they saw less of one another.

‘A change in Harvey’

Katie continued: “I began to notice a change in Harvey, I’d say things like: ‘Do you want to go see Daddy Peter today?’ and he’d shout: ‘No!’ So then I’d be like: ‘But he has a cake waiting for you.’

Even mentioning Pete’s name to Harvey stresses him out.

“But he wasn’t interested and he’d start kicking off, it’s probably because the visits were starting to fizzle out and Harvey could sense that.

“Even mentioning Pete’s name to Harvey stresses him out.”

‘Pete is a great dad’

According to The Sun, a source claimed Peter – also father to Amelia and Theo with wife Emily – still wanted to be part of Harvey’s life.

“Pete is a great dad,” the insider claimed.

“He was devastated to be blocked from seeing Harvey and begged to see him more and more.”

They added: “He’s tried on hundreds of occasions to see him. Pete is sick of Katie’s lies and being dragged into her life again.”

However, a representative for Katie denied lawyers had been in touch.

They responded at the time: “Kate of course wanted Peter to continue his relationship with Harvey following their split, but unfortunately due to Harvey’s medical needs and the care he required this wasn’t possible.”

Despite his distance from Katie, Peter has referred to Harvey more than once on social media over the years.

He also indicated he prayed for Harvey’s wellbeing in 2020 after he was rushed to hospital and also acknowledged Harvey turning 18 on social media that same year.

And following the airing of a BBC 2021 documentary about Harvey, Pete posted on Instagram: “He’s the best.”

Peter Andre is a guest on Garraway’s Good Stuff which airs on ITV, Saturday April 30, at 8.30am.