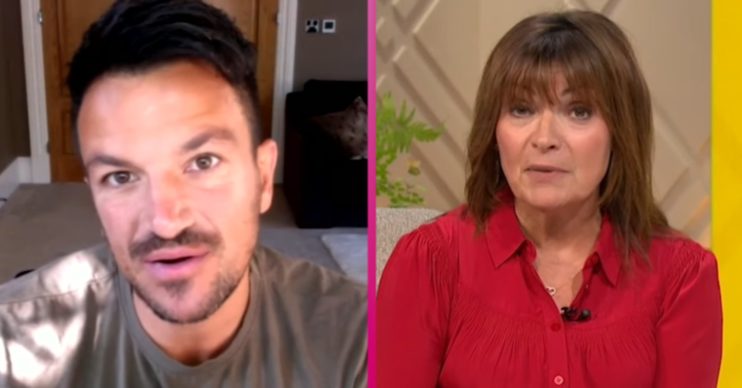 The singer told Lorraine Kelly he was racially abused

Peter Andre has opened up about being bullied when he was younger – and the impact it still has on him today.

The Mysterious Girl singer, 47, said that when he first moved to Australia’s Gold Coast, he was picked on by cruel bullies because of the way he looked.

At the time, he said, his was the only ethnic family in the area.

What did Peter Andre say about being bullied?

Appearing on ITV daytime show Lorraine today (Thursday, September 10), he said: “What happened was, moving to Australia… [it’s] is now so multi-cultural, and so beautiful. But when I first moved to the Gold Coast, we were the only ethnic family on the coast.

“I don’t remember another ethnic family, initially. We are talking 35 years ago and I had the dark hair, the big nose and the English accent. I stood out.”

Speaking further, he said “initially it was racism” and he was “beaten pretty bad”.

Read more: Peter Andre celebrates parents’ 65th wedding anniversary: ‘I aspire to be like you both’

Pete explained: “We were picked on a lot. Initially, it was racism, which is a form of bullying. And it wasn’t just calling names – we got beaten pretty bad.”

He went on to say that many of those who treated him badly have since changed and apologised to him.

It wasn’t just calling names – we got beaten pretty bad.

But he admitted that the horrible abuse he faced has scarred him “for life”.

He told presenter Lorraine Kelly: “Years later, a lot of those people have apologised and they’re not like that now at all.

“But when you are bullied, even if you get through it like I did, certain things scar you for life. Bullying is a horrible thing and so many kids are going through it.

“It’s scarred me to the point that even now, at 47, my hair is naturally curly but I won’t have it curly. I always straighten it.”

Peter said that whenever he looks in the mirror and sees curly hair, he sees the names he used to be called.

“That’s the long-term effect of bullying and it’s really tough,” he added.

What did you think of Peter Andre’s interview on Lorraine? Leave us a comment on our Facebook page @EntertainmentDailyFix and let us know.