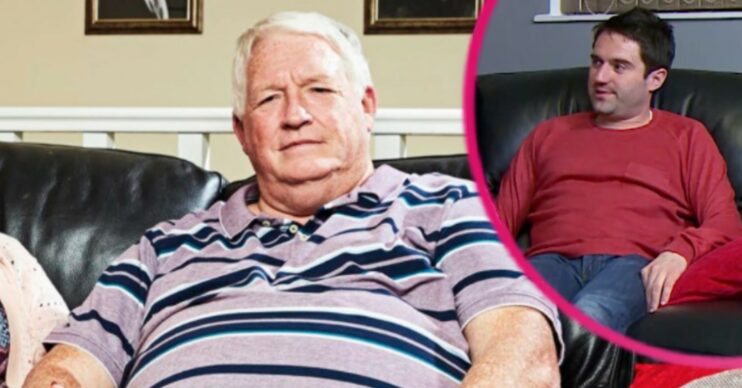 He appeared on the Channel 4 show with his wife Linda

Pete McGarry from Gogglebox has died after suffering from a short illness.

The 71-year-old star passed away over the weekend surrounded by his family.

Pete joined the Channel 4 reality series alongside his wife Linda and their son, George Gilbey, back in 2013.

However, their stint was short-lived, as son George entered the Celebrity Big Brother house in 2014.

Pete and Linda later returned to the show in 2016, having appeared as regulars ever since.

Announcing the news today, a statement read: “We are deeply saddened to announce that Gogglebox star Pete McGarry passed away at the age of 71 this weekend with his family by his side after a short illness.

Pete will be dearly missed

“Pete will be dearly missed by the entire Gogglebox family, cast and crew.

“Our thoughts are with Linda, their children and grandchildren.”

Furthermore, it continued: “Since 2000, Pete and Linda have fostered over 100 children and he is a beloved father, husband and grandfather.

Pete will be dearly missed by the entire Gogglebox family, cast and crew. pic.twitter.com/1xd0DgwREO

Following the news, Gogglebox viewers rushed to pay their respects.

One said: “I’m so hugely sorry to hear it. Pete was such a presence on Gogglebox and he and Linda were an amazing couple together. My very best wishes to Linda, George, and all who knew and loved him.”

A second wrote: “May he RIP. Thoughts are with Linda and the family and all those who helped through fostering (who are part of his extended family).”

In addition, a third added: “Such sad news. Sending love to Linda and the family.”

Another tweeted: “So sad, he was lovely. Deepest condolences to Linda & all their family.”

What happened to Pete’s son George?

Meanwhile, George was found guilty of attacking his ex-girlfriend in a drunken rage in 2018.

Sadly, he has since been embroiled in another controversy and served three months in prison in 2019.

The reality star was found drink-driving after being caught almost three times over the limit.

While George hasn’t return to the show, his parents were still part of the Gogglebox family.