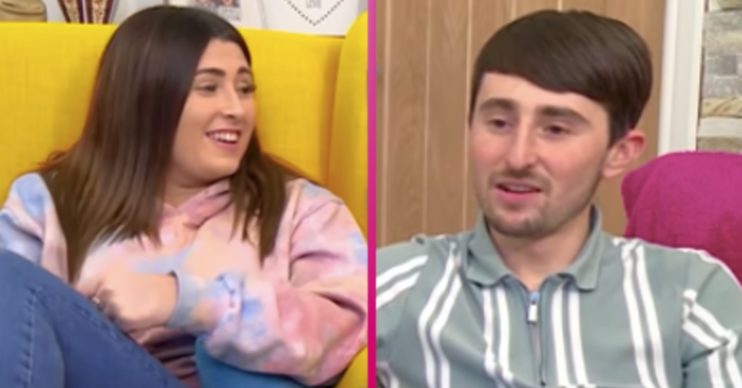 Pete and Sophie on Gogglebox: What are their real jobs? And where do they live?

They're Gogglebox Hall of Famers!

Pete and Sophie have been Gogglebox regulars since their first appearance in 2017.

The brother and sister joined Gogglebox in series 10 and were instant hits with Channel 4 viewers.

How old are Pete and Sophie on Gogglebox?

What are their real life jobs?

Pete has a job in the insurance industry.

Meanwhile Sophie previously worked as a window dresser in Debenhams.

However, she lost her job at the end of last year after it was announced all Debenhams were to close.

Luckily she’s already on the path to a new career – as she is training to be a florist.

She revealed pink leather gardening gloves after Pete mistook them for golfing gloves.

“It’s called conditioning the flowers – when you’re pulling the leaves off – you need a bit of protection.”

When did Pete become engaged?

Pete announced he was engaged to his girlfriend Paige Yeomans in a recent Gogglebox episode.

He went public with their relationship last October.

On the Gogglebox ep, he said he would make his sister Sophie his ‘best woman’ at the wedding ceremony.

To which Sophie replied: “Correct. “Course it will! I’ll not be wearing a tux, I’ll be wearing my own dress.”

But Pete argued: “Woah! You’re going to have to wear a suit.”

Sophie retorted: “No way am I… listen! Right, actually I know your mates, I’m not copying any of them. I’ll bring me own!”

Is Sophie from Gogglebox single?

Sophie is believed to be single. In October she posted a photo with a male friend and dozens of her fans assumed it was her boyfriend.

However, she went on to clarify he is simply a friend, and she is indeed still single.

Where do Pete and Sophie from Gogglebox live?

Pete and Sophie live in Blackpool. They lived with their parents for the first few series.

It is unclear if they still live with their folks or have found their own place.

But they definitely still live together, as this allowed me to continue filming for Gogglebox during lockdown.

How much do they get paid on Gogglebox?

Each Gogglebox family get paid £1,500 per month – not per episode.

Channel 4 leaves it up to each family to divvy up their earnings how they see fit.

If Sophie and Pete are dividing their Gogglebox earnings equally – they will earn £750 each a month from the show.

When is Gogglebox back on?

Gogglebox returns on Friday on 9pm. Past episodes are available to stream on All4.

Are you a Gogglebox fan? Let us know on our Facebook page @EntertainmentDailyFix.