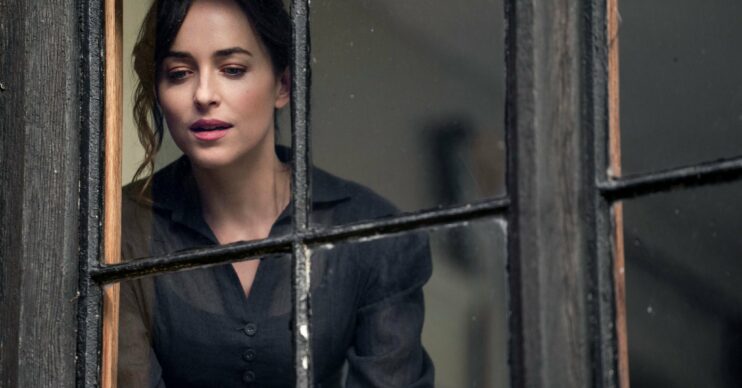 Persuasion on Netflix: Why critics and fans already hate it after watching trailer

The Netflix adaptation of Jane Austen’s Persuasion drops next month, but the trailer hasn’t persuaded many viewers it’s worth watching.

The film – based on the 1817 novel – has an impressive cast, with Dakota Johnson, Henry Golding and Cosmo Jarvis in the lead roles, but it’s not creating a Bridgeton-level buzz.

Persuasion follows unmarried 27-year-old Anne Elliot, as she reconnects with former fiancé, Navy Captain Frederick Wentworth, who her family and friends persuaded her not to marry some seven years earlier.

Anne is invigorated by his return – but have they missed their chance of happiness? Could any hope for rekindled romance be thwarted again, this time by another suitor?

Standard fare for a romantic period drama – so why has Persuasion’s trailer landed so badly?

Where to start with the criticism?

Firstly, many fans of Jane Austen are disappointed by the modernisation and how unfaithful it is to the feel of the original novel.

In Fleabag-style interaction, Anne breaks the fourth wall, looking directly into the camera and addressing the audience.

In the novel, Anne never addresses the reader, it’s all third person.

“Especially for ones like Persuasion that are supposed to be devastatingly sad.”

Then, there is the rewriting of some of the book’s most famous lines, notably: “There could have never been two hearts so open, no tastes so similar, no feelings so in unison, no countenances so beloved.

“Now they were as strangers; nay, worse than strangers, for they could never become acquainted. It was a perpetual estrangement.”

This has been updated for the film to: “Now, we’re worse than exes. We’re friends.”

No one in the Regency era would have used the word ‘exes’!

Real Life author Brandon Taylor tweeted: “I think writers should write whatever they want, but whoever wrote this needs to be sent to a penal colony for life.”

Dakota Johnson’s casting has proved a sticking point too, with some saying she has too much of a modern face for an Austen adaptation.

As one fan puts it: “I was going to say she has cell phone face, but I guess they wrote cell phone dialogue, so this all checks out.”

Others blame the recent success of Netflix’s period drama Bridgerton for some of the modernised choices in this adaptation.

One wrote: “Are we now in a time where every period drama must be Bridgeton?

Read more: Everything we know about Sherwood season 2 on BBC One

“Because Miss Austen would be rolling in her grave that you have done Anne like this.”

It’s not all negative, though. Some fans are expressing excitement for a fresh take on the Austen classic.

One fan wrote: “It’s giving Fleabag and honestly I kinda like it. There will be fourth wall breaking apparently!”

“I cannot wait to see this iteration of Persuasion… Fleabag-Austen, it is totally my jam,” said another.

Who’s in the cast of Netflix’s Persuasion?

Even if fans and critics are sceptical about the film, there is no denying it has a star-studded cast!

Dakota Johnson, despite her questionable ‘period’ face, has starred in a string of hits from the Fifty Shades franchise, to How To Be Single and Peanut Butter Falconas.

Since then he has starred in Last Christmas with Emilia Clarke and the Star Wars: Visions series.

The Oscar-nominated star is known for the legendary Withnail & I, Can You Ever Forgive Me?, Gosford Park and Penelope.

He most recently starred in Channel 4’s crime drama Suspect.

Mia McKenna-Bruce plays Anne’s sister, Mary Elliot. The actress starred in Sky’s Last Train to Christmas alongside Michael Sheen, as well as The Witcher and Get Even on Netflix.

When does Persuasion stream on Netflix?

We have a few weeks to wait before Persuasion is available – it drops on Friday, July 15.