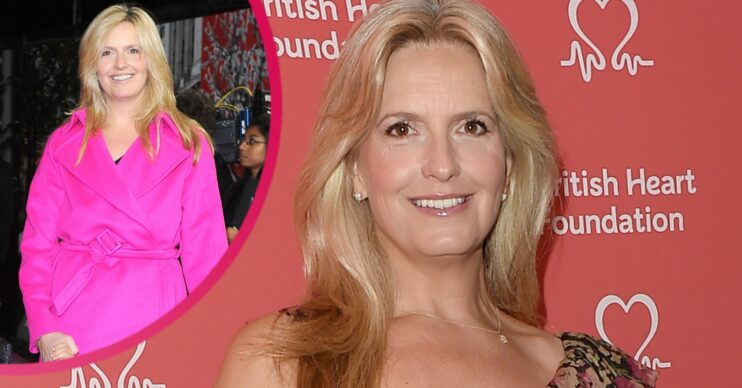 Penny is testing her culinary skills on Celebrity MasterChef tonight

Penny Lancaster has always been open about her weight journey with fans.

But how has Penny’s figure changed over the years? And what has she done to successfully shed the pounds?

Last year, Penny revealed she dropped over 17 pounds after embarking on a healthy lifestyle.

It came after she put on weight during lockdown.

At the time, the Loose Women star shared before and after pictures of her shrinking stomach.

She penned: “During the lockdown I found myself entering my menopause and the side effects were exaggerated by the anxiety and fear for the virus and the unknown.

“I turned to food and drink as comfort and gained over a stone. As a wake up call I shamed [myself] by taking a photo.”

Meanwhile, it certainly isn’t the first time Penny has publicly discussed her weight.

In 2017, the star admitted that she gained two stone following the birth of her son Aiden in 2011.

Speaking about her weight on the Loose Women panel, she said: “I ignore that scales exist.

Read more: Celebrity MasterChef: All 20 contestants cooking up a storm in series 16

“When I was modelling it was all about losing weight trying to beat all the scales all the time. I’m proud of wearing a 14 to 16, sizes don’t bother me.”

She also previously admitted to developing a “ravenous appetite” after turning 40.

On the ITV show in 2018, Penny said: “When I hit 40ish the pounds started going on. I have a ravenous appetite I can’t stop eating.

“When the kids were eating I would go ‘Oh, are you finished darling?’ and have a bit of that [their food].”

But thankfully, Penny’s husband, Rod Stewart, loves her regardless of her weight.

She added: “He will be helpful to make me feel better about myself.”

Following her weight admission last year, the star shared her healthy recipe ideas with her followers.

One delicious dish consisted of an omelette full of peppers, spinach and bacon.

Meanwhile, Penny also keeps fit in a bid to maintain her figure.

She previously told the Mid Point podcast: “I thought if I start with the police I’m going to have to be running after someone with a ten ton of weight strapped to my back and doing a million steps.

“I have a trainer, because I’m not good at motivating myself, three times a week.

“We do a mix of running and rowing and circuit training. I’m trying to do  intermittent fasting and I’ve banned myself from chocolate.”

As well as nine-year-old son Aiden, the star is also a mum to 14-year-old Alastair.