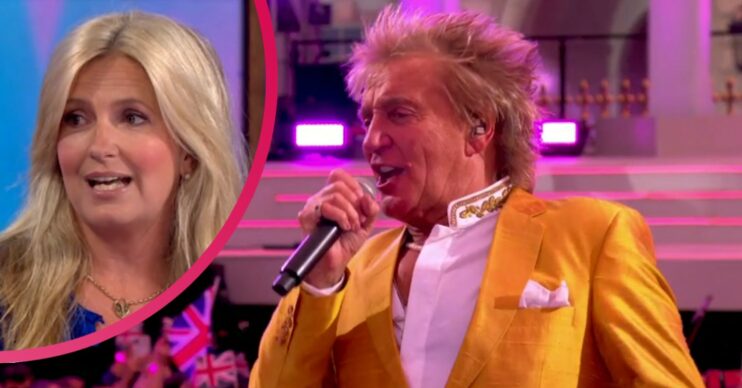 Penny revealed some behind the scenes chaos

Considering Sir Rod has a huge back catalogue of his own music, many wondered why he performed a cover song.

At the time, Sir Rod said “the BBC made me sing this one” and asked fans to “join in”.

Rod’s wife, Penny, appeared on Loose Women on Wednesday where she discussed Rod’s appearance at the event.

According to Penny, Sir Rod was struggling with his voice just days before the Jubilee concert went ahead.

She said it was “touch and go” until just hours before as to whether he could go ahead with his appearance.

Penny explained: “He was [performing] in Vegas, caught Covid. He came home and it was past the 10 day period of being contagious. But he lost his voice. So for the soundcheck on the Wednesday, he went along and wore a mask but had no voice.

“He went for another rehearsal on the Friday and it was touch and go. His voice is there now but it wasn’t quite on.”

However, despite not being at 100%, Penny said that Sir Rod was determined to not let fans or the Queen down.

She added: “He didn’t want to disappoint anybody. It wasn’t the Rod Stewart show, it was a show for the nation, for the Queen, for everybody to come together so he could please these people so [Sweet Caroline] was the song. And it brought everyone together.”

Penny also revealed that Rod had “no choice” but to sing Sweet Caroline as it was the Queen’s “favourite”.

Following his performance, Rod said the chance to take part was a “once in a lifetime” opportunity.

“It was fabulous. This is a once in a lifetime opportunity, and while I’ve done it before, never on this scale,” he told PA.

Reflecting on what it is like to meet the Queen, Sir Rod added: “She’s homely. She’s funny. I’ve had so many funny occasions with her that make me smile. She’s just wonderful. ” 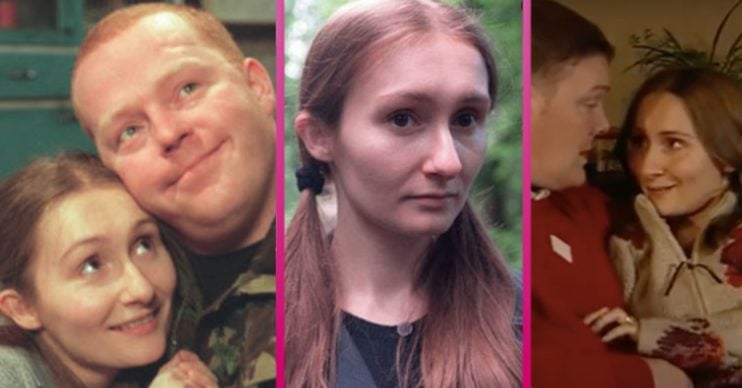