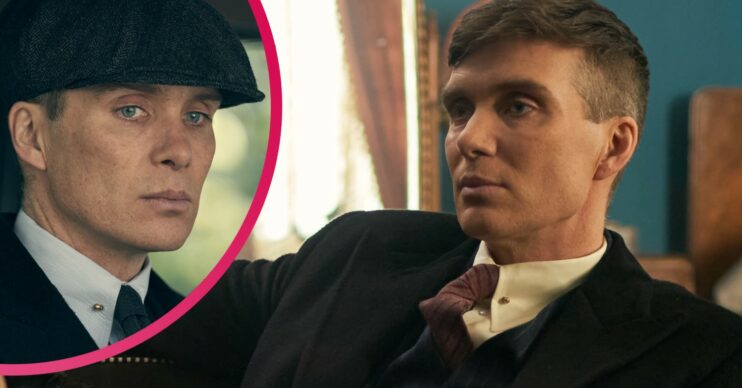 Peaky Blinders’ Tommy Shelby diagnosed with Tuberculoma: What is it, is it contagious and can you still get it?

Is it an enemy Tommy Shelby can't defeat?

Peaky Blinders viewers were dealt a killer punch in the guts this week when their favourite anti-hero Tommy Shelby was diagnosed with Tuberculoma.

But what exactly is it, will it kill him, and is it contagious?

And is it still possible to get the illness now?

***Warning: spoilers from episode 4 of Peaky Blinders season 6 ahead***

What is Tommy Shelby’s illness Tuberculoma in Peaky Blinders?

Tuberculoma is a mass of tuberculosis – it becomes a firm lump and can be dangerous if not treated.

The tubercula growth is caused by the same bacteria as TB – TB stands for Tuberculosis.

Doctors can easily mistake a tubercula mass for cancer tumours.

Over time, tuberculosis can transform into crystals of calcium which can affect any organ such as the brain, intestine, ovaries, and lungs.

In Tommy Shelby’s case, the growth is at the stem of his brain so operating is not an option.

Tuberculoma of the brain is a rare and serious form of tuberculosis.

Can you die of it?

Tuberculoma is treatable, depending on where the growth is.

Doctors can treat Tuberculoma of the brain nowadays, thanks to advanced medicine.

They can prescribe steroids to control and even cure the growth.

The growth can also be operated on and removed, depending on where it is.

Sufferers are at risk of strokes, seizures and hallucinations.

In Tommy’s case, he will consequently die of the condition as his is inoperable due to its location.

Read more: Peaky Blinders season 6: Who is Uncle Jack Nelson and was he a real person?

Are Tuberculoma and Tuberculosis the same thing?

No, Tuberlucoma is not the same as Tuberculosis, although it IS caused by the same bacteria.

Tuberlucoma is NOT contagious like the bacteria in Tuberculosis, and is much rarer.

Tuberculosis (TB) is a bacterial infection spread through inhaling tiny droplets from the coughs or sneezes of an infected person.

It mainly affects the lungs, but it can affect any part of the body, including the tummy, glands, bones and nervous system.

TB is a potentially serious condition, but it can be cured if it’s treated with the right antibiotics.

They attempted to cure her with “gold salts” – a regular treatment in the 1930s.

Sadly, both of her lungs became infected and she died.

Is it still possible to get Peaky Blinders illness Tuberculoma?

Tuberculosis and Tuberculoma are still present to this day.

A significant number of people – 1.5 million a year – die from TB.

TB is the 13th leading cause of death in the world.

Most people in the UK receive the BCG vaccine.

This offers protection against TB, and is recommended on the NHS for babies, children and adults under the age of 35 who are considered to be at risk of catching TB.

Will Tommy die of Tuberculoma in Peaky Blinders?

Viewers saw him suffering from seizures in earlier episodes, which prompted him to get seen by a doctor.

Tuberculoma is a tubercula growth caused by the same bacteria as TB which killed Tommy’s daughter Ruby.

Tragically, Tommy may have caught the illness from his late daughter.

Tommy heard that, although doctors had found no TB in his lung, he has a shadow at the base of his skull.

Although the ‘shadow’ isn’t cancerous or infectious, the growth is large and inoperable.

Dr Holford told Tommy: “From the size of the tumour, expansion must have been rapid.

“The condition can cause seizures, bouts of weakness, and hallucinations.

“Any attempt to remove it would result in trauma and brain haemorrhage.”

Tommy asked the inevitable question of “how bad will it get”?

Dr Holford told him “as the tumour grows, the rate of physical and mental deterioration will increase.

In tense scenes, Tommy learnt he has no more than 18 months before he is unable to look after himself.

That’s one death we knew was coming, but can’t quite bear to imagine.