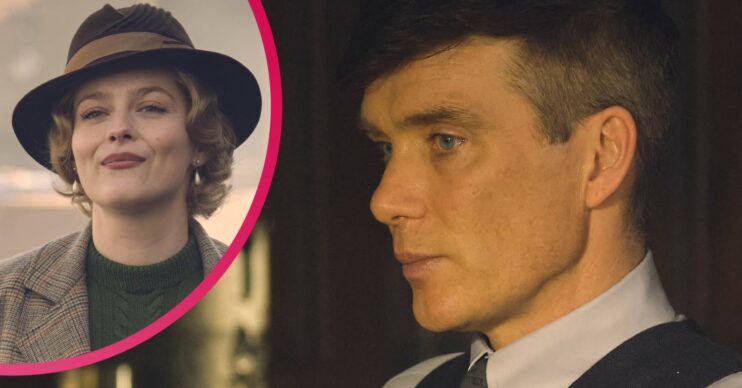 Peaky Blinders fans will no doubt be feeling a mixture of emotions around about now, after watching season 6 episode 5.

Anybody else feeling a bit sick as the series marches excruciatingly towards the last ever episode?

Can it end any other way?

Here are the burning questions we have after watching Peaky Blinders season 6 episode 5 (Sunday March 27 2022).

***Warning: spoilers from episode 5 of Peaky Blinders season 6 ahead***

Read more: Aneurin Barnard profile: What else has Peaky Blinders’ Dr Holford been in and how do you pronounce his name?

Episode 5 was the penultimate episode of the epic gangster drama set in the lawless streets of 1920s and 1930s Birmingham.

And every minute feels like it could be Tommy Shelby’s last.

The first scene saw Tommy arrive in Birmingham’s Chinatown with a ticking time bomb in his bag.

Of course, the analogy wasn’t lost on us…

The only ticking time bomb in the final ever series of Peaky Blinders is Tommy himself.

After much slow-motion walking and smoking – yes, it’s silly, but we still love it and it gives us a chance to make a cup of tea – Tommy banned a restaurant from ever selling opium again.

He then sought to use donations to the church to guarantee a path of reconciliation for his brother Arthur via his estranged wife Linda.

Back in the Garrison Tavern, Tommy introduced his son Duke, and later was blackmailed into having sex with Diane Mitford.

Never before has there been two characters more loathsome than Oswald Mosley and Diane Mitford – made more repulsive by the fact they really did exist.

Of course, all the events in Peaky Blinders season 6 are set against the backdrop of the rise of fascism and the approaching horrors of WWII.

There was also a horrifying near-castration scene in the shower between Jack Nelson and Billy Grade, who may or may not be able to have children again.

There was plenty of PB violence, but also meanderings into Tommy’s mind as he battled with his demons and the sickness in his body.

The biggest star of the show, though? The DOOM which permeates everything as we head towards the last ever episode next week (which will be a feature-length episode).

In the penultimate episode of season 6, Tommy introduced his illegitimate son Duke to the rest of the family.

Not everyone was happy, to be honest, but then this was hardly going to be a Waltons-esque family reunion.

Duke is a confident, bold thief who, quite frankly, reminds us a LOT of his dad Tommy.

In Peaky Blinders episode five of season six, Duke decided to stick around and work in the family business.

But will he have a more important role to play in the season finale next week?

Will Tommy die in the final episode?

Viewers now know that Tommy Shelby is dying of Tuberculoma.

But, even before the shock diagnosis, he was a dead man walking.

As we approach the last ever episode of Peaky Blinders, Tommy’s death seems almost certain.

If his sickness doesn’t kill him, surely Michael Gray will.

During Jack Nelson’s horrific attack on Billy Grade in the sauna (we’ve not sure we’ll ever be able to uncross our legs again) Uncle Jack revealed his plan for the Shelbys.

He told Billy: “Our associates are going to take care of Tommy, and you’re going to give us Tommy’s brother.”

At the end of the episode, Polly’s son Michael Gray confirmed “it is my intention to kill Tommy Shelby”.

Tommy’s death would, of course, be devastating, but it feels like the only way for the series to end.

If he does die, we’re pretty sure he’ll go down guns blazing though – and hopefully take a few enemies with him.

Viewers learnt that Tommy will be travelling to Canada to accept payment for a shipment.

It’s painfully clear this is where Michael Gray will attempt to assassinate Tommy.

However, sometimes it feels like Tommy is ready to die.

In tense scenes with Diane Mitford, Oswald Mosley and Jack Nelson, Tommy says: “For all I try to hide it, I’m just one of you.

“Could there be a sadder ending?”

In rare emotional scenes, Tommy shared his feelings for Lizzie.

And there’s genuine love there.

He told her: “I regret marrying you Lizzie.

“Because I put you through so much.

Will Tommy tell Lizzie about his illness before it’s too late?

What do we know about the Peaky Blinders final episode so far?

The last ever episode of Peaky Blinders will be a feature-length episode.

He teased something “very different” is in store.

He told RadioTimes.com: “It’s such a Peaky thing to do for the last hurrah. It’s the 10:22 news for one night only.

“It feels very, very different to the rest of the season.

“It feels very, very different to anything we’ve done before.

“It’s very epic in scope; it feels like a film – it’s kind of a dry run for the feature film.”

As for the plot, of course BBC One are keeping the fate of the Shelby family firmly under their caps.

But we know it will be one hell of a final ride.

Peaky Blinders comes to its conclusion on Sunday April 03 2022 at 9pm on BBC One.