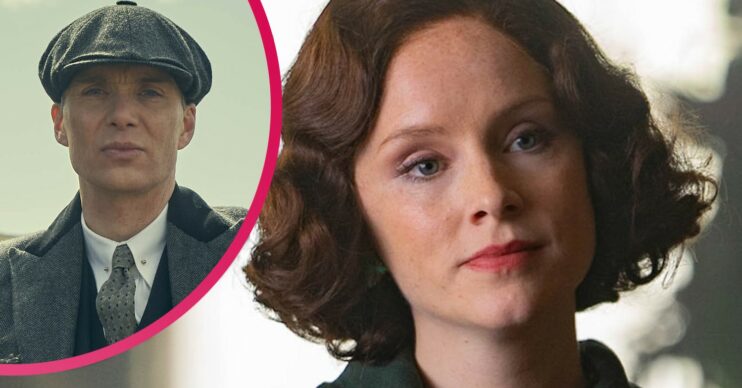 Peaky Blinders episode three: What will Tommy do now after Ruby’s devastating death?

Peaky Blinders series 6 continued with episode 3 this week, and it felt relentlessly bleak at times.

The sixth and final series of the BBC One drama was especially grim on Sunday (March 13 2022).

Viewers saw Tommy embark on a wild goose chase to find a ‘cure’ for his sick daughter Ruby.

As sister Ada said: “Tommy’s gone up a mountain, looking for a miracle.”

However, in devastating scenes at the end of episode 3, the Peaky Blinders anti-hero discovered his daughter had died.

So what will Tommy do now?

Here are all the burning questions we have after watching Peaky Blinder episode 3.

***Warning: spoilers from episode three of Peaky Blinders ahead***

Peaky Blinders series 6 episode 3 – what is wrong with Tommy?

Tommy is becoming more and more unstable as series 6 progresses.

Doctors diagnosed his daughter Ruby with consumption, and a tubercular infection in her left lung.

Tragically, this moved to her right lung, and the seven-year-old didn’t stand a chance.

Tommy became convinced that Ruby had been cursed.

He said: “We bought on this curse.

“It wouldn’t let me pass; it was sent to punish me.”

For the majority of episode 3 of Peaky Blinders, Tommy was on a mission to seek out gypsy Esme Lee Shelby.

During which time, Tommy’s wife Lizzie was left alone to deal with the demise of her daughter…

Tragically, Tommy wasn’t there when his daughter died.

Fans of the show should expect to see Tommy’s mental health deteriorate in the coming weeks.

Series 6 started with Tommy attempting to take his own life, could the series end the same way?

Of course, we know the Peaky Blinders leader is also suffering from a physical illness, too, and had an X-ray in episode three.

How will Tommy react after the death of Ruby?

He was prepared to do anything to save his daughter.

Before her death, he said: “I will make [her illness] go away.

“But I will strike a bargain.

“Lizzie, you can try gold salts, I will try something else.”

Tommy then sought out gypsy Esme, who claims to have the gift of sight.

Will Tommy lose his mind? What else does he have to lose?

Read more: Peaky Blinders season 6: Who is Uncle Jack Nelson and was he a real person?

Tommy didn’t trust modern medicine to save his daughter.

He believed a gypsy curse had been put on him and his family.

Once he’d tracked down Esme Lee Shelby, his former sister-in-law, Esme told him: “Someone dead, someone grieving…

“A lot of hate against you.”

She later told Tommy that he had been blamed for the death of a seven-year-old girl.

The character appeared in series 3 of Peaky Blinders.

Tommy Shelby sought her out to find out if the sapphire he gave to first wife Grace was indeed cursed as he was told by Tatiana Petrovna.

Bethany took the ‘cursed’ stone and gave it to her sister.

The sister then put the sapphire around the neck of her daughter – a seven-year-old girl.

Esme said: “Straight away, the little girl began to cough.

“She died that night.”

Esme told Tommy that the mother then laid the curse on Ruby, when she was the same age “so you’d know how it feels”.

Will Tommy accept that his daughter died of consumption?

Or will he seek out the mother who laid the curse and seek revenge?

Peaky Blinders episode three: Is Ada going to take over the company?

In Peaky Blinders episode 3 of series 6, Tommy’s sister Ada returned to the company in his absence.

Ada is fast becoming Tommy’s new “crutch” and is filling the shoes left by the late Aunt Polly Gray.

She met with Uncle Jack and seemed to impress him.

In fact, we detected a hint of chemistry.

Tommy also asked Ada to deal with a man who had been stealing from the company.

And, instead of giving him a ‘Black Star’ – meaning he’d be killed – she showed compassion and let him live.

Could badass Ada be the leader that the Peaky Blinders needs?

Who exactly is Haydn Stagg and what’s his role in Peaky Blinders series 6?

He portrayed Haydn Stagg, a man caught stealing from the Peaky Blinders gang – something that is usually punishable by death.

Tommy discovered that dockworkers were stealing opium “by the bucket load” from the Salt House Docks in Liverpool.

The sale of the opium was then being organised by union convenor Haydn Stagg.

However, when Arthur Shelby travelled to Liverpool to give Haydn a PB beating, Haydn somehow managed to talk his way out of it.

A WWII veteran and former drug addict like Tommy and Arthur, he knew exactly what to say…

In fact, we’d go so far as to say, he turned into The Arthur Whisperer.

Have any of you seen Arthur Shelby walk away from a fight before?

Stephen Graham is expected to appear again in episode four, five and six of Peaky Blinders.

So what will his role be in future episodes of Peaky Blinders? And can we trust him?