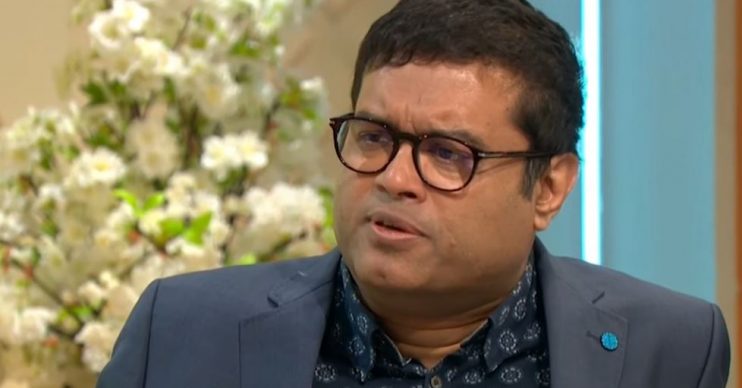 Paul Sinha has revealed on Lorraine that he plans to step down from The Chase if his Parkinson’s disease starts to affect his skills as a quizmaster.

The TV boffin, 49, admitted he will “call it” if his general knowledge weakens, but reminded fans he is still the British Quiz Champion.

He said of his victory in the top quizzing competition: “Hand on heart, if I think I’m not answering general knowledge questions as well as I used to, I will call it. But at the moment I am the British Quiz Champion. It was the culmination of many, many, many years of hard work.”

Elsewhere in his chat with host Lorraine Kelly, Paul spoke about his Parkinson’s diagnosis and the impact it had on him.

He said the news “was a shock”, although he already knew “things were going wrong” with his body.

Insisting he is now “just getting on with life”, he revealed how his family has his inspired him to not give up.

He added: “I’m not going to be the one that drops out of the fight and goes, ‘Sorry, I’m not quite ready for this’. In the same way they’ve all been there for me, I’ve got to be there for me.”

Paul recently revealed how he had a “breakdown” in the weeks after he found out he had Parkinson’s.

The Chase star, who revealed his diagnosis in June via Twitter, told iNews last month: “I had been suffering from a frozen shoulder since September 2017. I’d seen a specialist who was convinced he could cure it, but nothing seemed to work.

“The next day in a cab I decided to Google the words ‘frozen shoulder’ and ‘Parkinson’s.’ And I knew I had Parkinson’s.”

Read more: The Chase’s Paul Sinha on wetting himself in front of boyfriend

In the same interview, Paul said he is determined to keep on “living [his] life” and insisted his work as a stand-up can continue “as long as [his] brain is fine”.

He said: “I spoke to Sky Sports presenter Dave Clark, who has Parkinson’s, and he says always have something to plan for.”

Revealing exciting plans for his next big birthday bash, Paul continued: “I’ve just bought tickets for the Pet Shop Boys, who are playing The 02 next May on my 50th birthday.”