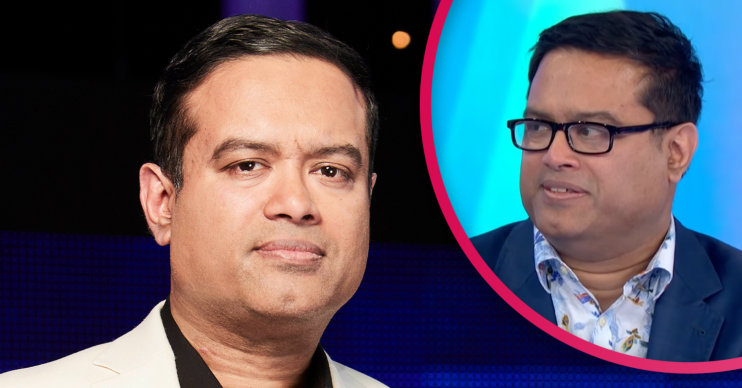 Paul Sinha’s vow after Parkinson’s diagnosis: ‘My illness will never stop me seeing the world’

Paul Sinha has declared that his illness will ” never” stop him from seeing the world.

The Chase star was diagnosed with Parkinson’s disease in 2019 and credited his husband Oliver Levy as a huge support.

Paul is also headstrong and determined not to let his diagnosis affect how he lives his life.

Especially as he loves jetting off and exploring new places.

The Chaser explained to the Telegraph that he was a well-travelled child but being self-employed meant holidays were difficult to take.

That changed in 2017 when he planned his first “proper holiday”.

He’d just started seeing Oliver and decided to give their relationship the holiday test.

The couple travelled round Spain and it was there that Paul decided could he ever propose to Oliver, he’d do it somewhere overseas and lovely.

Two years later they visited Rome and The Chase favourite made plans to get down on one knee.

However, after exploring the Italian city on foot, Paul said that he noticed he was getting “awful back pain”.

At times he said he “couldn’t walk at all”.

He didn’t realise then, but it was an early symptom of Parkinson’s.

Paul revealed: “But life is all about adapting: adjusting to the cards you’ve been dealt. Now that I know what’s wrong with me, I can plan ahead when we travel.”

You never know what’s going to happen in the future.

He said that he still loves to “walk around new places”, but takes it slow and steady to “allow for the fact I’ll get tired more quickly”.

Paul said he also makes use of seats when they’re somewhere like a gallery that has seating available.

Making his vow, Paul continued: “Parkinson’s might slow me down a bit, but it will never stop me seeing the world.”

He concluded with a word of advice for his fans: “You never know what’s going to happen in the future: if you have travel ambitions, don’t wait – just go, make it happen, however hard it might be.”