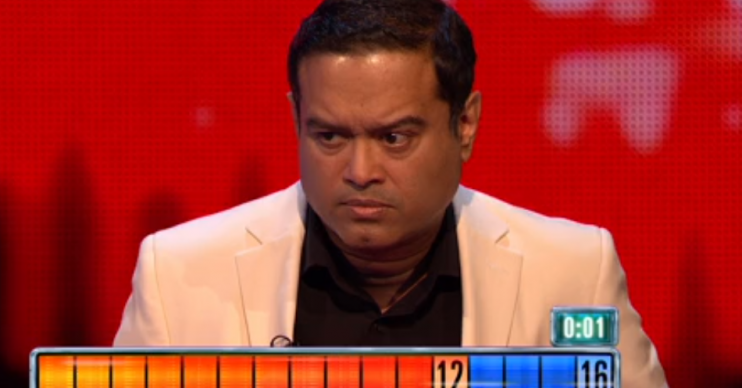 Paul Sinha has hit back after being mocked following a crushing £80k defeat on The Chase and revealed it was filmed just days after announcing his Parkinson’s diagnosis.

The quiz master, 49, was ridiculed on Twitter by some viewers, who said he put on an “abysmal” performance and was “rubbish” after two contestants managed to take home £40k each.

Another viewer suggested that Paul might have “let” the pair win.

One said: “Paul Sinha let them win” while another tweeted: “Paul was abysmal!” and a third wrote: “Paul, that was rubbish…”

Taking to Twitter to set the record straight, the British Quiz Champ explained that the episode was actually filmed just three days after revealing he has Parkinson’s disease – a degenerative condition in which parts of the brain become progressively damaged.

Worth remembering that Chasers and contestants are real people.

On Thursday (16.01.20) evening, Paul tweeted: “The King of Stats, aka The Beast, tells me today’s episode was recorded three days after this blog.

“Worth remembering that Chasers and contestants are real people with real stuff going on.”

The King of Stats, aka The Beast tells me today's episode was recorded three days after this blog. Worth remembering that Chasers and contestants are real people with real stuff going on.

Fans rushed to support him, with one replying: “I wondered about that myself whilst watching the episode. You’re brilliant. Please look after yourself. Sending so many best wishes your way.”

Another said: “Well said, Paul, just keep fighting this terrible condition and we will all stand beside you to give you the strength and support you need.”

Someone else wrote: “Everyone has bad days. Don’t let the haters get to you. There are a lot more people wishing you their best.”

Paul announced he has Parkinson’s in June last year, telling fans in a blog post that he was “deeply scared” before getting the diagnosis and revealing the weeks following were “tough”.

He wrote: “On the evening of Thursday May 30th, an experienced consultant neurologist calmly informed me that I had Parkinson’s disease.

“It was a devastating denouement to a medical odyssey that began in September 2017 with a sudden-onset, frozen right shoulder, and took in an unexpected diagnosis of Type 2 diabetes, a lifestyle transformation that enabled me to lose two stone, and a shoulder operation in January this year.”

Paul has since married his partner, Olly, and gushed that it was the greatest day of his life.

Did you watch The Chase yesterday? Leave us a comment on our Facebook page @EntertainmentDailyFix and let us know what you thought of it.