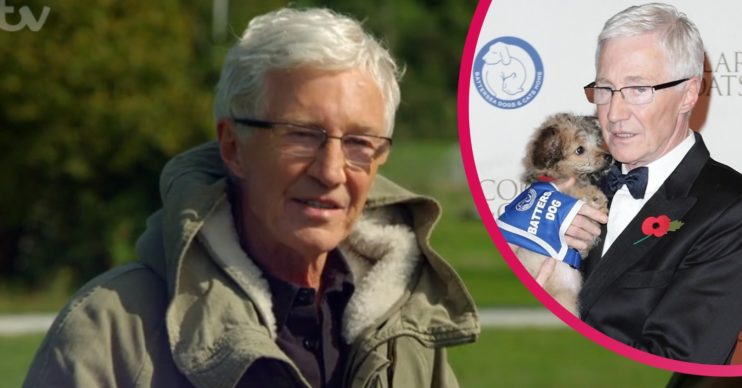 The presenter hit out at their new documentary Will My Puppies Make Me Rich?

Paul O’Grady has hit out at the BBC for “encouraging puppy farming” on their upcoming documentary Will My Puppies Make Me Rich?

The star of Paul O’Grady’s Great British Escape returned to Battersea Dogs Home yesterday, as he filmed scenes for his ITV series For the Love of Dogs.

But after meeting an adorable Golden Retriever, Paul urged the BBC to rethink their newly commissioned show.

Alongside a snap of himself and Jasmine, Paul, 65, wrote: “Guess where I am? It’s good being back at work.

“This gorgeous one year old retriever is called Jasmine. She’s got a bit of a dribbling problem but nothing drastic, apart from that she’s perfect.

This kind of crap only encourages puppy farming

“There’s a programme on BBC3 at the moment called ‘Will my puppies make me Rich?’ This kind of crap only encourages puppy farming and I only hope that the BBC come to their senses and take it off air immediately.

“It’s a bit of a worry when the bright sparks at BBC3 believe this is suitable viewing. You don’t keep a dog to make money off it. I’ve seen what excessive breeding does and it’s pitiful. Shame on you.”

Dog lovers rushed to show their support, with one commenting: “Well said Paul. I signed the petition to get that BBC3 programme taken off.”

A second said: “Thanks for bringing attention to this, it’s an absolute disgrace that the BBC would show this programme. I fear there are going to be more pets in rescue as it is given the current circumstances.”

A third added: “A true ambassador for our four legged friends, thank you Mr O’Grady.”

Another stated: “Couldn’t agree with you more my lovely.”

Paul’s post follows shortly after the RSPCA expressed their concerns over the BBC Three series, which is still in production.

They said the show, whose working title is Will My Puppies Make Me Rich?, could lead to “illegal puppy trades”.

In a statement, it said: “We’re aware of this programme and are concerned that it is extremely irresponsible to encourage and glamorise breeding as a ‘get rich quick’ scheme which, in turn, could lead to serious dog welfare issues and fuel the illegal puppy trade.”

Meanwhile, a petition calling for the show to be scrapped has reached over 95,000 signatures.

Read more: Paul O’Grady has fans in stitches as he responds to flirty online message

According to the BBC, the new film will follow young dog breeders in the North of England as they set out to build reputable businesses during lockdown.

They insist the show will not “glamorise dog breeding”.

The BBC said: “This observational documentary does not glamorise dog breeding, it responsibly examines the growing rise of young people entering the business and highlights the importance of good animal welfare, training and licensing.

“The production team are working closely with animal experts throughout to inform the audience of what constitutes good and bad practice.”