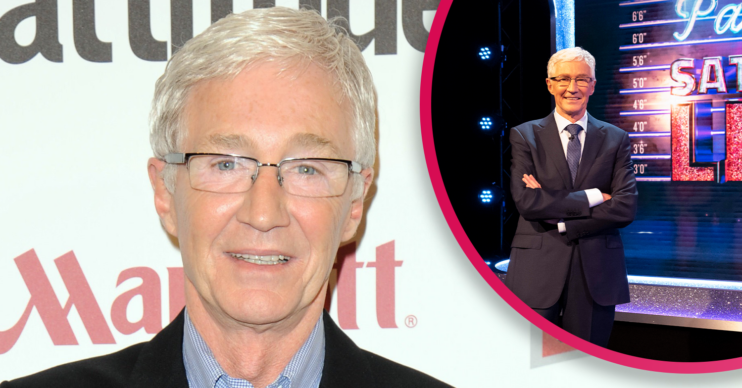 Paul O’Grady INDEPTH – the life, the loves and heartbreaking lows of this national treasure showman

Paul O’Grady’s Saturday Night Line Up will see celebrities pit their wits against each other as they attempt to find out what the British public really thinks of them.

Four celebrity guests will feature in each episode and the series will run for six weeks.

The celebrity with the most points at the end of the show will be given a mystery prize by Paul.

It certainly sounds different to anything he’s done before and we’re sure it’ll be just as loved.

But do you know where Paul started out and what he’s been up to along the way?

Read on and we’ll tell you…

For those who only started following the star when he landed ITV’s For The Love Of Dogs, we’ll take a trip down memory lane.

Paul started out working on the drag circuit in the 1980s as his alter ego Lily Savage.

Read more: Paul O’Grady reveals who he’ll come back to haunt after his death

After gaining popularity, he performed as Lily at the Edinburgh Fringe Festival before heading to mainstream TV to front The Big Breakfast in 1995.

He quit the following year because the early mornings “didn’t agree” with him and landed Blankety Blank.

Travel shows, The Paul O’Grady Show and Paul’s much-loved animal shows followed – and it was these where he really came into his own and captured the hearts of the nation with his warm, caring side shining through.

Paul also has his own radio show on BBC Radio 2, which celebrated its 500th episode earlier this year.

In lockdown he also wrote his first children’s book which is out this month (September).

Now Paul O’Grady looks set to be the new king of Saturday night TV with his new show.

Andre is 25 years Paul’s junior and the pair have been pictured together on the red carpet over the years.

The couple live in Kent with a menagerie of animals including a flock of sheep and Paul’s much-loved dogs.

Speaking about their wedding, Paul said one thing was missing – his good friend Cilla Black, who died in 2015.

He told The Mirror: “She would be over the moon. It was just such a shame she wasn’t there.”

Paul also opened up about why it was important to make things official with Andre.

“If anything happens to me, he is pro­­tected. It makes sense,” he said.

“Married life is the same as before. We have known each other so long. Nothing has changed, really. And it’s nice. I like saying I’m married – better than saying I’m a divorcee, which I was before.”

However, he added: “You feel more committed. You have made a vow, you have to stick to it. But we still fight like cat and dog.”

Who was Paul O’Grady married to before?

Paul was married to Portuguese model Teresa Fernandes from 1977 to 2005.

However, he has admitted it was a “marriage of convenience” and said he was “not in a relationship” with her.

Speaking about the marriage, Paul has said: “Theresa, I call her the lesbian Portuguese barmaid, was lovely. She looked like David Cassidy.

“We worked in a club in Westbourne Grove, London, when I was 22. She was from a very strict Catholic family and was always being hassled by them: ‘Why aren’t you getting married?’ So I said: ‘Come on then, we’ll get married’, and we did.

“We were married for 27 years. I had no idea we were still married until my manager Brendan said: ‘If anything happened to you, everything would go to your wife. It’s like a real-life Corrie storyline.”

Did they have any kids?

They didn’t, but Paul does have a daughter – and two gorgeous grandchildren.

In 1974 Paul had a daughter, Sharon, with his friend Diane Jansen.

Paul has a good relationship with his only child and even gave her away at her wedding when she married her childhood friend Philip Moseley.

Paul said: “It was a really great day. Sharon looked fabulous and Philip is a smashing fella. They fit together like a pan and a lid.

“Sharon wore a lovely floaty pale pink dress – because she looks shocking in white. She looked like a Disney princess,” he said.

He also has a grandson called Abel, who was born in 2006, and a granddaughter called Halo, who arrived in 2009.

Paul has shared pictures of the kids on his Instagram account, much to the delight of his followers.

How is Paul’s health now?

Paul has admitted that he feels like a “timebomb – a human version of the Titanic, forever dodging icebergs”.

He made the comments after both his parents died from heart-related conditions and he himself suffered three heart attacks.

As a result, he’s given up alcohol and adopted a more health-conscious lifestyle.

Paul told The Sun: “My cardiologist says I have the constitution of an ox. Three days after my last heart attack, I was back fire-eating with McFly.”

He added: “The heart is a muscle so you have two choices: sit on the sofa and count your tablets all day, or get on with it and get moving – swimming and walking, gentle exercise.”

However, an encounter during filming in New Delhi led Paul to conclude he’s “running out of lives”.

He was filming with the city’s street dogs and picked up an infection that saw him hospitalised and “heading for renal failure”.

Paul said: “I used to think I was invincible, but now I’m running out of lives.”

However, he added: “I’m not scared of death at all. It’s the way you die that worries me – that’s the fear.

“I think I could lie there on my death bed and say: ‘Well I’ve had a good time and filled a book. I’ve done everything I wanted to do.'”