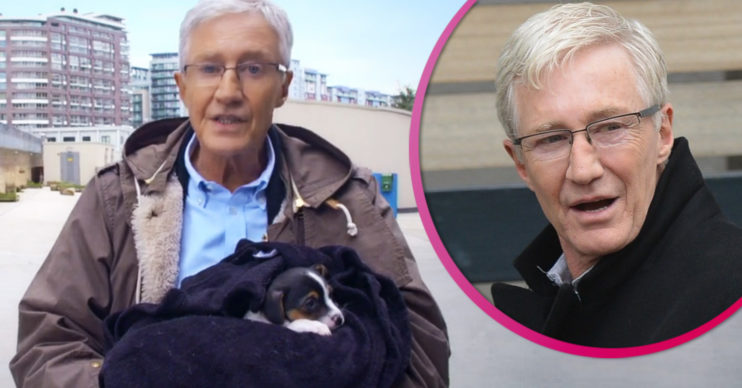 Paul O’Grady: For the Love of Dogs filming delayed due to lack of pooches

Filming for the new series was due to begin next month

Paul O’Grady: For the Love of Dogs filming has been postponed due to a lack of pooches.

The 65-year-old TV presenter has revealed he was due to start shooting a new series of the programme in August.

However, it has been put on hold for the time being because London’s Battersea Dogs and Cats Home don’t have enough canines available.

Speaking to Gaby Roslin on Instagram, he said: “We were supposed to start filming in August but they’ve got no dogs.

I love this man! Thanks for joining in everyone. Paul and I managed to talk about absolutely everything again! #letsgab #letsgabwithpaulandgaby

“I suppose it’s when circumstances change and they’re made to go back to work we’ll see a lot of dogs brought in.”

The show could return in December if the UK is not in lockdown again due to the coronavirus pandemic.

Paul suffered some hound heartache in April when his pet pooch Boycie died.

His radio producer pal Malcolm Prince shared the sad news on social media, writing: “A message from Paul… Sadly, he had to say goodbye to Boycie today. #FarewellBoycie. (sic)”

The TV star also was left heartbroken last year when his dog Bullseye passed away.

He said on his Radio 2 show: “I can’t handle it, it’s what I always say – invite an animal into your life, inevitably you invite heartache.

“He was such a lovely dog, he had a thing about doorways, you had to coax him through them and he wouldn’t go upstairs.

“It was part of his condition I think, he was a sweet little dog and sadly missed.”

We were supposed to start filming in August but they’ve got no dogs.

More recently, Paul urged people not to rush into adopting a dog themselves during the coronavirus lockdown.

He explained: “I think you should be really cautious about getting a dog at this time because this isn’t forever you know.

“I know the sentiment and where it is coming from. I really do sympathise.

Even Nancy and Eddie are social distancing. On the subject of dogs, I know it probably seems like a good idea to get a puppy whilst everyone is at home, but what happens when the time comes to go back to work and school? Suddenly the dog finds itself alone and might start to develop separation anxieties , howling and barking all day and even tearing the place apart. Also if the pup isn’t going out then it’s not being socialised with other dogs or humans and if you haven’t got an outside space then how are you going to housetrain the pup? The legitimate breeders are running out of pups which means people are turning to the Internet to buy a pup online. These poor puppies come from puppy farms and are nearly always sickly and will only cause you heartache and a massive vets bills so don’t even think about it.All animal rescue centres have closed to the public and #batterseadogshome are only dealing with emergencies as I’m sure the others are. What we don’t want is a massive influx of unwanted pets into animal shelters once this lockdown is lifted as they are already struggling from lack of funds and have enough to deal with. I know I got a puppy just before lockdown but that’s because I was filming in Battersea on the day that they were closing and they wondered if any of us wanted to foster a dog or cat and as Nancy and myself had grown quite fond of each other I adopted her for keeps. ( I fully intended to take her from day one so who am I #kidding)Puppies are lovely but they’re also bloody hard work but I’m lucky enough to have 3 other dogs for her to play with and learn from and plenty of outside space. So please, reconsider getting a puppy but if you still desperately want one then think about the long term and all that having a dog entails and if you’re still determined after that then wait until things go back to whatever normal will mean and get yourself a lovely rescue dog or cat. Hope you’re all well and coping! Take care x

“What happens when all this is over and the owner goes back to work? The dog who is used to having people around all the time might find itself on it’s own.”

Do you enjoy watching For the Love of Dogs? Leave us a comment on our Facebook page @EntertainmentDailyFix and let us know.