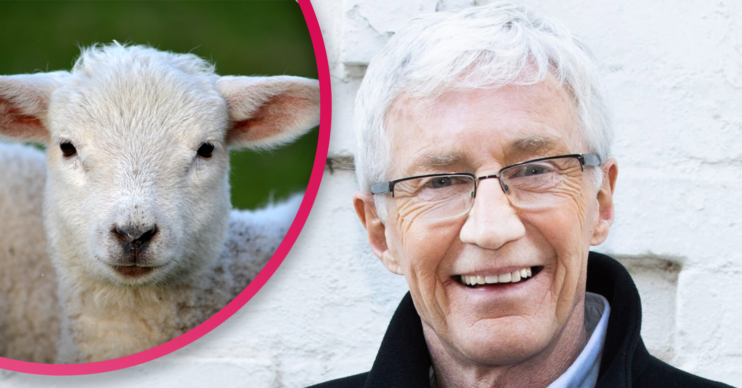 Paul O’Grady is delighting his fans yet again – and this time they’re demanding he’s knighted!

The For The Love of Dogs star, 65, took to social media to reveal his pet sheep has birthed a lamb.

The Lily Savage comedian proudly held up the wee lamb just 15 minutes after it was born.

And he then reassured his loyal fan base that as an avid animal lover, he would not ever be eating any his sheep.

In fact, he admitted his entire flock are safe from ever having to face the slaughterhouse.

Instead live out their days on his farm in Kent.

Paul explained: “Mother and baby are doing fine but I’m quite happy to do a spot of babysitting.

“I’m case you’re wondering, none of my flock including lambs end up at the butchers. They live their lives out quite happily here.”

This caused a wave of praise from Paul’s fans.

What did fans of Paul say?

One fan declared: “How have you not been knighted?…. You are such a lovely man… HUGE RESPECT for you.”

While another user agreed with: “Amen to this. Long, long overdue, me thinks….legend…national treasure.”

And a third user raved: “I totally agree with you. Paul should definitely be in line for a knighthood.”

That’s so lovely Paul. I admire you for that – they must have a happy life.

What’s more, other users were just delighted to know that the sheep had a safe and forever home.

One fan enthused: “That’s so lovely Paul. I admire you for that – they must have a happy life.”

And another user declared: “Bless your heart Paul for giving them all forever homes.”

What other animals does Paul O’Grady have?

Paul has a track record of rescuing many animals.

In addition to his dogs rescued from Battersea, he took in a rescue lamb back in 2011.

After reading a headline about a lamb dumped in a bin, Paul contacted the RSPCA.

He took in Winston and gave the abandoned sheep a permanent home.

Paul said at the time: “He’s skipping around and has got his own barn so he is very happy.