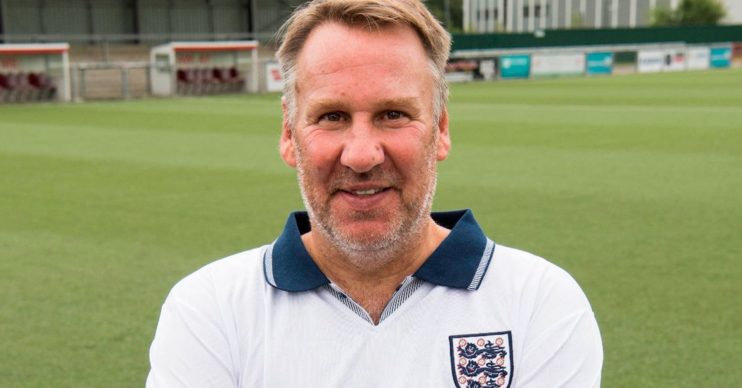 How did Paul Merson beat alcoholism? Arsenal legend reveals how he achieved sobriety

Paul Merson opens up about his battle with alcoholism in ITV’s Harry’s Heroes tonight (May 18).

In the 1990s, the former Arsenal footballer spent £7 million feeding his addictions to booze, drugs and gambling.

Despite his well-documented health problem, Sky Bet featured him in an ad campaign to promote its services – for which it was heavily criticised for.

Throughout his time on the pitch, the Football Association and his club managers tried to step in to get him help.

In late 2018, the former England star felt like he had hit rock bottom and he contemplated taking his own life .

But the father of seven stopped himself when he thought of his children and wife, Kate.

“My drinking and gambling left a lot of wreckage,” Paul says in the ITV documentary. “It’s quite sad really because you look back now and think what a waste.

“Just drinking and gambling every day of your life.”

He said: “The impact of being in this team saved my life – it did save my life.

“I was drinking at least 35 pints a week and gambling.

“As soon as I addressed the drinking, that sort of kicked in and I realised if I don’t drink then I don’t gamble.”

He adds: “I’ve come to realise that I am powerless over alcohol. I’m an alcoholic. I have a disease – and it is a disease.”

In January, Paul marked one year of sobriety.

The star explains that attending Alcoholic Anonymous meetings of his own accord marked the start of his recovery.

“I went into treatment twice and it never helped because other people made me go in,” he explains.

“I couldn’t have done it without my meetings. There’s no chance. That is the be all and end all in my opinion.”

While filming Harry’s Heroes, Paul and a group of other former England aces travel to Germany by coach for a rematch of Euro ’96.

Despite being away from home and having a lot on his plate, Paul makes sure that he’s still attending English-speaking AA meetings  while abroad.

During a heart-to-heart with fellow former Arsenal player David Seaman, Paul reveals that he goes to AA meetings three times a week.

At first, his pal is shocked but Paul tells him: “You say wow but I used to go to the pub seven days a week!”

Explaining how sobriety has changed his life, Paul admits that he was initially worried that his life would be boring without alcohol and gambling.

But the reality is that couldn’t be further from the truth.

He says: “I went to Florida in the summer with my kids and it was one of the only times I’ve seen the expression on the kids’ faces.

“Before, I’d be like ‘Come on hurry up, the pub is opening at the hotel or the betting is starting’. But not now.”

Paul adds: “The difference to now from where I was this time last year, I couldn’t explain it.”

In the documentary, Paul’s wife Kate makes an appearance and praises her husband’s recovery.

“Our family life has really transformed int he last few months,” she beams.

“There were a lot of lies before but now I feel like we’ve actually got a marriage.”