Paul Hollywood from The Great British Bake Off has reportedly been dumped by his young girlfriend.

According to The Sun Online, the silver-haired chef, 53, has been ditched by Summer Monteys-Fullam, 24, after he asked her to sign a non-disclosure agreement that prevented her from discussing their relationship.

Hollywood is believed to have started dating Summer in 2017, after meeting her at his local pub in Ickham, Kent. At the time, Summer was working as a barmaid.

The Sun's report claims that she stormed out of Hollywood's mansion earlier this week following a late-night showdown over the NDA.

She is reported to have moved her belongings out of the home, which the couple shared.

A source told the website: "She felt she had been utterly loyal to him under the most difficult of circumstances. This was how she was being repaid. Nobody in their right mind in this day and age should agree to signing one of these documents.

Nobody in their right mind in this day and age should agree to signing one of these documents.

"If you read it, you can see how restrictive it is. It's the behaviour of someone who has always got their way and wants to continue doing so."

According to The Mirror, Paul's lawyer Tom Amlot confirmed: "I asked Summer to sign an NDA as is standard practice in order to protect Paul's family and their private lives. Summer insisted that she had no intention of selling any stories to the press and declined.

"I think that her refusal to discuss or sign it caused concern, understandably, so it's not entirely surprising that they have gone their separate ways."

Last month, it was reported that Hollywood and his wife Alex, 55, had been granted a decree nisi – the first step in finalising a divorce settlement.

Read more: Paul Hollywood's wife 'to get £5million and house in divorce settlement'

According to the Mirror Online. neither Hollywood nor Alex – who have been married for 19 years and have a son together – were present at the hearing.

The couple are believed to have split in 2017 over Paul's infidelity. 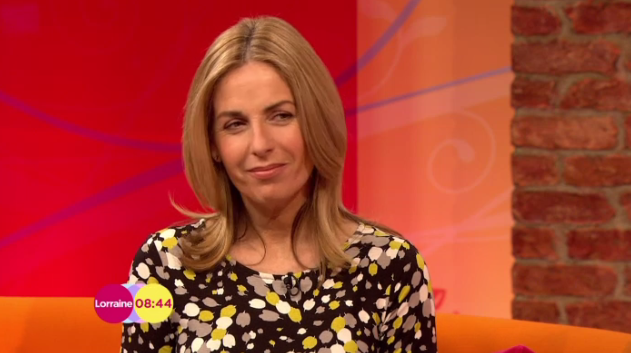 Alex was married to Hollywood for 19 years (Credit: ITV)

Hollywood is reported to have met Summer shortly after the split.

The TV star is set to make a return to our TV screens in The Great British Bake Off at the end of August.