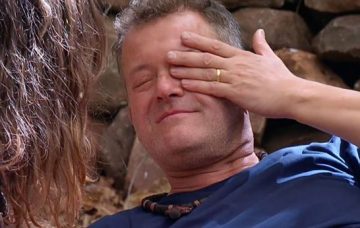 Real Housewives of Melbourne star Jackie Gillies, who is also a medium, claims she connected to Di while giving fellow I’m A Celebrity… Get Me Out Of Here! contestant Paul a psychic reading in the Australian version of the hit series.

According to Jackie, the late Princess – who died in a Paris car crash in 1997 – connected with her so deeply she received information only her loyal companion would know to be true.

However, Jackie kept the information passed onto her private so the viewers at home would not hear it.

“The information I gave Paul, nobody knew,” she told hit radio hosts Star, Abby and Matt.

“And because I’m so aware with my connection, I had to write things down so the Australian public wouldn’t hear it.”

On her experience channelling the spirit of the popular royal, Jackie continued: “It was so accurate, there are no ways you could of known these things because they’re not public knowledge.

“She did come through and she did give information nobody knew except for Paul.”

Paul, 59, also had an emotional conversation with celebrity medium John Edwards while in the jungle, making the surprise revelation Diana had been involved in another, unreported, car accident shortly before the crash that claimed her life.

The clearly unsettled father-of-two – who won the UK series in 2015 but finished in ninth place after lasting for 20 days in the Aussie version – broke down in tears as he admitted he is now ready to move on from his life of royal service with Diana.

“I’m leaving the jungle as Paul Burrell, not Diana’s butler. I’m leaving that behind,” he said through tears.

Read more: Paparazzo who took pictures of Princess Diana as she was dying breaks silence on what he did with them

What do you make to the claims Diana spoke to Jackie Gillies? Head on over to our Facebook page @EntertainmentDailyFix to have your say!

I'm A Celebrity Get Me Out Of Here Princess Diana