Susanna Reid and Piers Morgan met one of the UK's youngest coronavirus survivors on GMB today.

Charlie Little weighed just 4lb 10oz when he was born in March and later contracted coronavirus.

He was born prematurely at 32 weeks and spent three weeks at Great Ormond Street Hospital. The newborn was given an oxygen mask and ventilator.

The little boy's parents Ellyse and Charlie Little appeared on GMB to discuss their son beating the virus.

Ellyse said: "It was a bit touch and go at the beginning. It was heartbreaking but we're just glad he's here now. 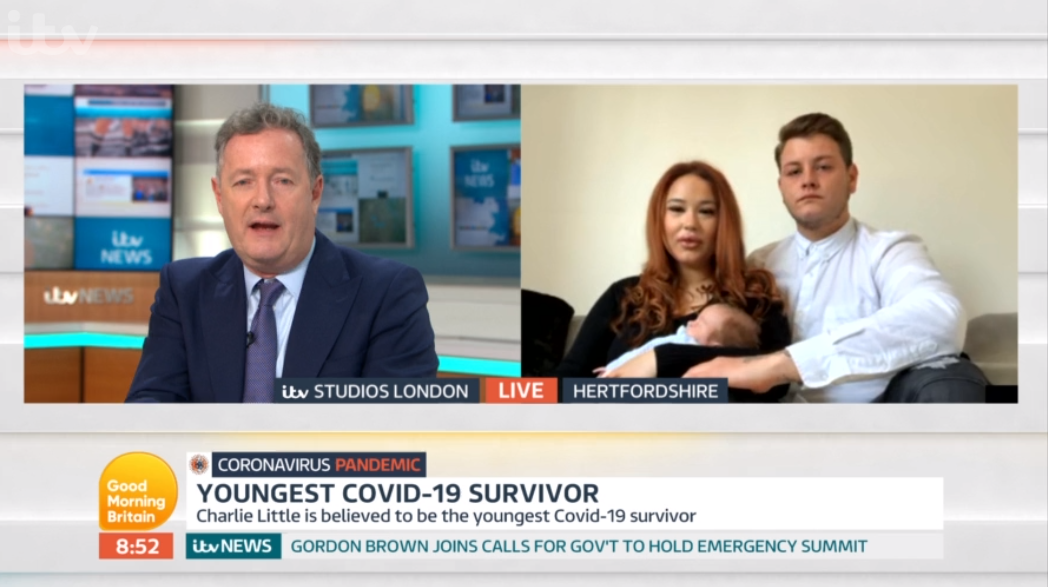 Dad Charlie revealed he didn't sleep or eat throughout the terrifying ordeal.

He said: "It was definitely the most worrying time of our lives. Not being able to see him didn't help the situation."

Speaking about the staff who saved their son's life, Charlie said: "Brilliant. All of the NHS to be fair."

Ellyse added: "Our local hospital saved him and then Great Ormond Street carried on the work.

"It was a joint effort." 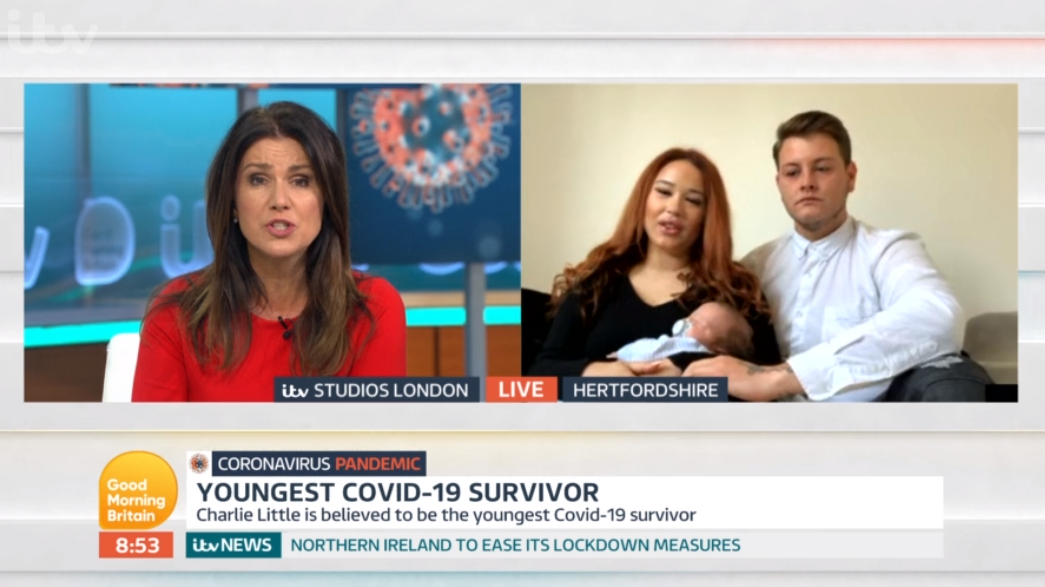 Speaking about their son, she said: "He's getting chubby. He's seven pounds now."

Susanna said: "That's what you want."

Meanwhile, viewers were moved by the interview.

One person said on Twitter: "Charlie was born premature and survived #coronavirus. What a little star."