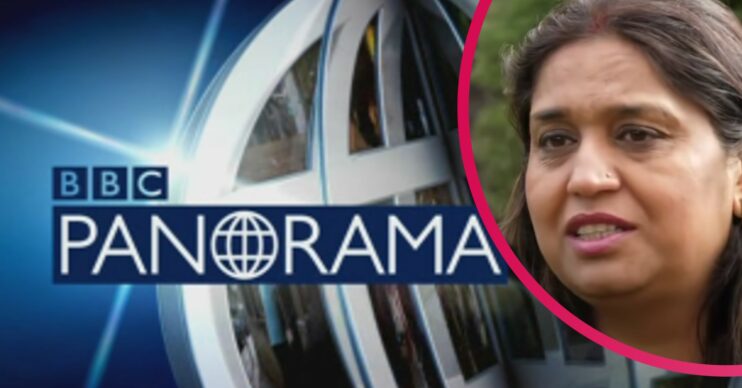 Panorama: The Post Office Scandal timeline – what happened, when and why?

It's a devastating miscarriage of justice...

The Post Office Scandal remains one of the most jaw-dropping miscarriages of justice in British legal history – here’s a timeline of what happened and when.

BBC One’s Panorama investigates the story of the Post Office employees whose lives were utterly devastated by false accusations of losing or stealing money.

When, in reality, a new computer system was most likely to blame.

This documentary special reveals the huge cover-up that was kept from them.

Here’s everything you need to know about the Post Office scandal, and a comprehensive timeline of events.

And that’s when the problems began.

Fujitsu designed the system for tasks such as transactions, accounting and stocktaking.

It wrongly detected the existence of financial shortfalls at dozens of post offices.

Within one year, the Post Office installed Horizon terminals in 18,000 branches.

During 2000, the Post Office trained 63,000 employees to operate the new Horizon system.

But already, staff had reported problems with it.

The former PO employee went on to become a central figure in the fight for justice.

In 2003, sub-postmaster Noel Thomas from Anglesey discovered a deficit of £6,000.

He reported the ‘missing funds’ to Post Office Ltd.

Noel had worked for the Post Office for 42 years.

The shortfall eventually led to his wrongful arrest and conviction.

Alan Bates reported the problems with Horizon to magazine Computer Weekly in 2004.

The former sub-postmaster accused the Post Office of not taking his concerns seriously.

The magazine took five years to gather enough evidence to publish a story on the software in 2009.

Read more: Princess Diana: What did she say during her BBC Panorama interview?

The police convicted him of false accounting.

Tragically, Noel spent his 60th birthday in jail for a crime he didn’t commit.

In 2007, Janet Skinner accused of stealing

Janet has since said that the scandal “destroyed her life”.

The JFSA aimed to expose the failures of Post Office, its Board, its management and its Horizon computer system.

In 2010, Seema Misra was convicted of theft and sent to jail.

The post office operator in Surrey was pregnant with her second child at the time.

Press reports described her as the “pregnant thief”.

Locals beat up her husband after her conviction.

Vipinchandra Patel was accused of stealing £75,000 and pleaded guilty to fraud in 2011.

The judge handed him a 18-week prison sentence.

The former Oxfordshire sub-postmaster has since said: “It has impacted on every aspect of life.

“It caused the breakdown of relationships with some family members and friends.

“It impacted on the lives of my wife and children.”

He was unable to work due to having a criminal record and being left with health problems.

He was given a 32-week suspended prison sentence.

One hundred and 50 former sub-postmasters signed up for the scheme.

Meanwhile, Second Sight used their testimonies to conduct another investigation.

In 2013, Post Office Ltd finally admitted that there were defects within the Horizon software.

However, they insisted the system had been fixed…

The report makes clear that there were serious problems at the Post Office.

In 2014, the Horizon technology was described as “not fit for purpose” in some branches.

However, the Post Office said: “There is absolutely no evidence of any systemic issues with the computer system.”

The same year, MP James Arbuthnot accused the Post Office of rejecting 90 per cent of applications for mediation.

The convictions were based on information from Horizon.

It published a report clearing themselves of any wrongdoing.

Meanwhile, the Post Office Ltd ordered Second Sight to end their investigation just one day before the report was due to be published.

According to Private Eye, the Post Office Ltd asked Second Sight to destroy all the paperwork they had not handed over.

The company allegedly refused to hand over key files to Second Sight.

In 2017, the JFSA took the Post Office to court through a group litigation action by 550 former employees.

The employees were mainly ex sub-postmasters.

They said that Horizon experienced 12,000 communication failures every year.

This came at the end of a long-running series of civil cases.

The claimants received a share of £12m, after legal fees were paid.

In 2020, six former sub-postmasters had their convictions quashed in court.

These included long-suffering Alan Bates, who was the first to make a complaint about the system.

In January 2021, the first public hearing session for a Government inquiry into the scandal took place.

The Post Office confirmed it would retain its controversial Horizon contract with Fujitsu until 2024.

In April 2021, the High Court quashed the convictions of 39 sub-postmasters.

That month, the UK Post Office said it “sincerely apologised” for “historical failures”.

During the inquiry, Seema Misra said the Post Office behaved like the mafia and “has blood on its hands”.

Nobody at the Post Office or Fujitsu has been held accountable so far.

Panorama: The Post Office Scandal airs on Monday April 25 2022 at 8pm on BBC One.

What do you think of the government cover-up? Leave us a comment on our Facebook page @EntertainmentDailyFix.