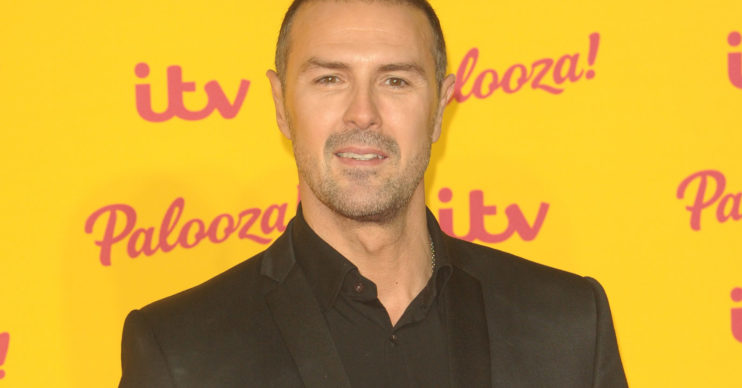 The presenter returned to the scene of the crash today

The presenter, 46, lost control of the car after slipping on oil as he filmed the BBC motoring show in North Yorkshire on Tuesday (June 16).

However, it didn’t take long for Paddy to get “back on the saddle” as he returned to the scene of the crash today.

He said in a video: “Hello there, back filming again today with Top Gear.

“I thought I would show you the Diablo, it’s back there on a low-loader. Guttered. Can you see the damage underneath there?

“Hopefully fingers crossed we can get back on the road. It wasn’t as bad as it was made out yesterday to be honest.

“But it goes to show you, a little bit of oil on the wet road, lethal. I was only doing about 32mph. We live to fight another day.”

It’s believed Paddy’s co-stars Freddie Flintoff and Chris Harris were not on set at the time of the crash.

What happened on the day?

Following the incident, the star took to Instagram to update his fans.

He reassured his 1.5million followers he was feeling OK, despite looking a little shaken.

Paddy shared: “It’s been a mad old day on Top Gear today, you might have seen that I had a bit of a shunt.

“I finally got to drive one of my fantasy childhood cars, the Lamborghini Diablo, but it turns out 30-year-old supercars don’t like torrential rain, who’d have thought.

He continued: “That V12 lures you in and suddenly ‘rawr’ it bites you. Fingers crossed we get the car running again because it is an absolute beauty.

“I’m going to have a cup of tea, a paracetamol and a good old cry.”

He captioned the clip: “All good in tha hood. Bit of a prang today on @topgear but all nice and bonny here.” [Sic]

A string of Paddy’s celebrity pals were quick to comment their support, with Robbie Keane writing: “Glad you’re OK pal.”

Strictly’s Kelvin Fletcher added: “The best do it. You’re not the first and won’t be the last!”

Meanwhile, wife Christine shared a selfie of the two together on her own profile as she hit back at “exaggerated” headlines.

The mum-of-three said: “I’ll keep this short and sweet, Mr Mc is absolutely fine! The headlines about my husband today are very exaggerated.

“Saying he ‘cheats death’ ‘almost dies’ ‘narrowly avoids death’ etc. As far as I’m aware this was a minor incident and he’s absolutely fine, the lambo got it much more than he did!
⠀
“People are dying all over the world, please don’t worry his family, his friends and his fans. He’s all good.”

And it appears the incident clearly wasn’t getting Christine down as she took to Instagram Stories today to reveal she was in a “yolo mood.”

What did BBC say?

“Paddy was quickly taken to the production unit base for medical checks and is unhurt.

“No other vehicles were involved and the Police, who had been monitoring filming, were quickly on the scene to assist.

“Safety on Top Gear is always the production team’s priority and the vehicle’s speed at the time was within the road’s limit of 60mph.”

Last year, co-star Freddie was involved in a high-speed smash on the same track that put Richard Hammond in a coma for two weeks.

He told the Daily Mirror newspaper: “I’m absolutely fine and was back filming today. I go to great lengths to make sure I do well in Top Gear drag races but on this occasion I went a few lengths too far.

“It will look more ridiculous than dangerous when you see it on TV.”