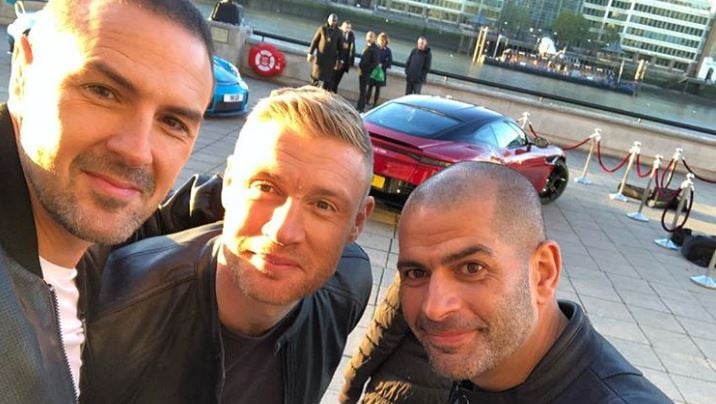 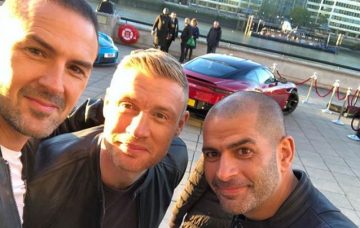 It's all change on the BBC One motoring show

Paddy McGuinness will star alongside Andrew ‘Freddie’ Flintoff as one of the new hosts of Top Gear.

The BBC has confirmed that the Take Me Out presenter and the former cricket star are set to replace Matt LeBlanc after the next series of the iconic car show.

Paddy said: “Getting the Top Gear gig is a real honour and I’m thrilled the BBC have given me this opportunity.

“To be hosting a show I’ve watched and loved from being a small boy is beyond exciting.”

Paddy’s fans were both thrilled and surprised by the announcement!

Meanwhile, Freddie, 40 – who has appeared on numerous programmes since his retirement from cricket – was similarly excited by the opportunity.

He shared: “It’s not often you have the chance to do both of your dream jobs, but I’m now lucky enough to say I will have.

“I’ve always been passionate about cars and I’m so excited to be joining the Top Gear team.”

After the news was announced, Paddy shared a selfie to Instagram showing him with the new Top Gear team.

Matt, 51, is set to quit the show after the next series, while Chris Harris will remain with the programme and Rory Reid will be moved to the spin-off show Extra Gear.

BBC bosses reportedly hope that by adding Paddy and Freddie to the presenting team, they’ll be able to “bring a new energy” to the show, which was previously hosted by Jeremy Clarkson, Richard Hammond and James May.

An insider told The Sun newspaper: “This news will have car manufacturers and the BBC’s insurance department on high alert.

“The BBC’s top bosses and everyone else involved in the casting were bowled over by Paddy and Freddie – they are utterly infectious and will bring a new energy and competitive spirit to the show.”

Matt – who is best-known for his starring role as Joey Tribbani in Friends – announced he was quitting Top Gear earlier this year, having joined the show in 2016.

Do you still watch Top Gear? Leave us a comment on our Facebook page @EntertainmentDailyFix and let us know what you think!