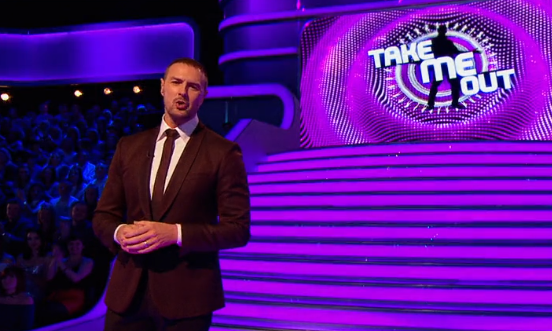 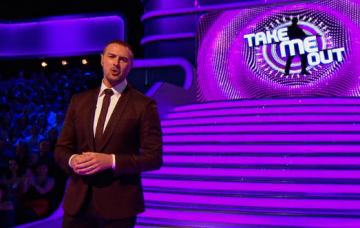 Paddy McGuinness’ dating show Take Me Out axed after 11 years

No likey, no lighty

Paddy McGuinness has let the hanky see the panky on ITV’s dating show Take Me Out for the last 11 years, along with dad jokes, banter and plain laugh-out-loud moments.

But now, ITV have announced that they have cancelled the dating series after more than 100 Saturday night episodes.

An ITV spokesman told The Sun: “We’ve decided to say goodbye to Take Me Out.”

The big bosses had felt the show had ‘run its course’, but with more weddings than Blind Date, Take Me Out will be ending on a high, reported The Sun.

In case you had never watched Take Me Out it was a long-standing series which saw a single man try to convince 30 women to keep their lights on for him.

He had three rounds to get through, some of which included his mum or even ex-girlfriend talking about him.

He then got to pick from whichever women had their lights left on after the three rounds, turning the lights off of the girls he didn’t like.

And, this is where the famous phrase, “No likey, no lighty!” came from. Paddy McGuiness, you genius you.

The lucky couple would then jet off into the sunset to the Isle of Fernando’s – a made up place in Tenerife.

Fans of the show are devastated by the news, one wrote: “Devastated at Take Me Out. Nooooooooo.”

One quipped: “Let the Paddy see the job centre!”

#TakeMeOut apparently is being cancelled. Problem is the lines from the girls in the end were too scripted and forced. We didn’t get to see any personalities cos it was all about who had the cheesiest chat up lines 🤷🏽‍♀️

While another was quite pragmatic about the approach: “Apparently [Take Me Out] is being cancelled. Problem is the lines from the girls in the end were too scripted and forced.

“We didn’t get to see any personalities cos it was all about who had the cheesiest chat up lines.”

A production source told The Sun: “We’re really sad to see the end but after 11 years, eight weddings and six babies, our work is done.”

Paddy McGuiness, 46, won’t be leaving our screens for good though, never fear!

The dad-of-two is now a co-host of the BBC’s motoring show Top Gear and all the high speed fun that entails.

What do you think – had Take Me Out ‘run it’s course’? Leave us a comment on our Facebook page @EntertainmentDailyFix and let us know what you think!