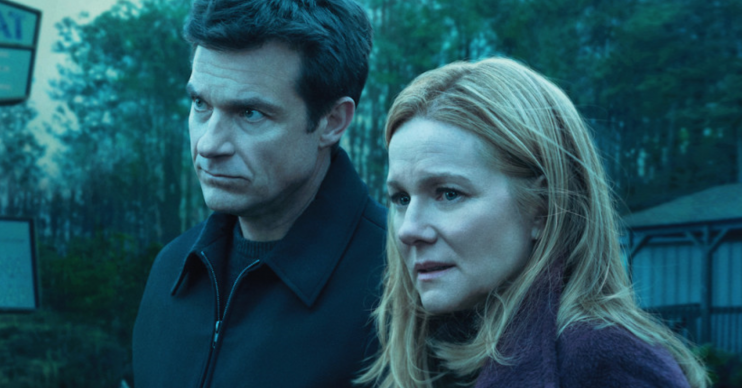 Ozark series 4: Has Netflix confirmed the UK release date and how does season 3 end?

Ozark fans binged through series 3 within days of it dropping on Netflix.

Now, the verdict is in – it’s an incredible season wrapped up by an even better finale.

But what exactly happens and what does this mean for Ozark series 4?

No, Netflix is yet to confirm whether there will be an Ozark series 4.

Usually, the streaming service waits some time to review viewing figures before making an announcement.

However, given the reviews and the insane series three cliffhanger, it’s probably safe to assume that Ozark will be returning.

How did Ozark series three end?

She came to a grisly end after jetting into Mexico with  Marty and Wendy.

The trio had been invited to Mexico by Omar Navarro (Felix Solis) to attend his son’s christening.

However, Navarro secretly had other plans for Helen after suspecting she had told her husband about their business dealings.

Still drenched in her blood, Navarro then proceeded to tell Marty and Wendy that they would now be reporting into him.

How have Ozark fans reacted to the series 3 finale?

It’s safe to say that the show’s loyal army of fans did not see Helen’s death coming.

And they were quick to take to Twitter afterwards to express their shock.

“Just finished binge watching season 3 Ozark @batemanjason in 2 days! WTF?!!!! I did not see the ending coming! Helen!!!! How long do we have to wait until season 4? Best show EVER!!,” one wrote.

Another tweeted: “Ozark’s ending did me dirty. Now I gotta wait god knows how long to find out how Navarro knew Helen was being a shady biotch.”

Ozark series three is available to stream on Netflix now

What do you think of Ola and James’ baby name choice? Leave us a comment on our Facebook page @EntertainmentDailyFix and let us know.