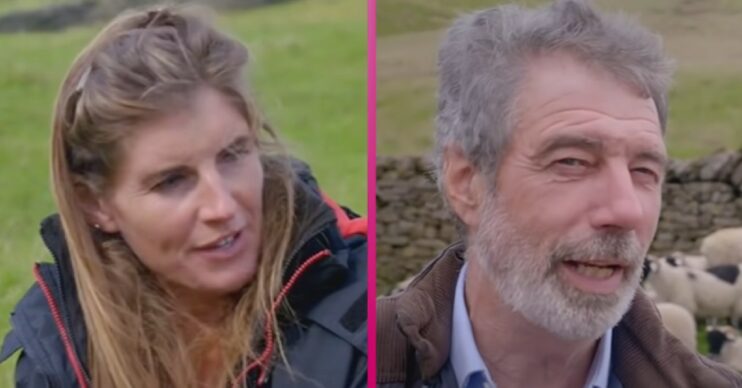 Amanda and Clive have been married since 2000

Our Yorkshire Farm stars Amanda and Clive Owen announced their split yesterday and now Channel 5 has revealed the show’s fate.

Channel 5 has confirmed that it will continue to work with the former couple, despite their recent split.

Yesterday (Thursday, June 9), Amanda took to her Instagram to share some sad news with her 571k followers.

After over 20 years of marriage, Amanda confirmed that she and her husband, Clive, have split up. Amanda shared the sad news on her story yesterday evening.

Amanda’s statement read: “Clive and I are sad to confirm that we have made the difficult decision to separate.”

“This hasn’t been easy, but we both believe it’s the right choice for the future of our family,” she continued.

Amanda then thanked fans for their support before asking for privacy.

Following news of Amanda and Clive’s split, some fans of the show started worrying about the future of Our Yorkshire Farm.

However, Channel 5 was quick to dispell any worries fans had.

The broadcaster swiftly issued a statement regarding the show’s future following Amanda and Clive’s split news.

Speaking to the Express.co.uk, a spokesperson said: “We respect the privacy of Amanda and Clive Owen at this time.”

“They are very much a part of the Channel 5 family and we will continue to work with them in the future,” they added.

Amanda and Clive’s split comes just months after it was reported that they were going through a “rough patch” in their marriage.

In October 2021, rumours flew that Amanda and Clive were living apart.

However, the then-couple denied the rumours, addressing them in a statement.

“With the TV show and the books we’ve always aimed to show the reality of life on the farm, and just like any marriage we have our stresses and strains, coupled with all the complexities of what we do on the farm and bringing up nine kids,” they said.

“We’re a normal family and we’ve never said our marriage is perfect.

“Unfortunately the constant intrusion into our lives from the media has amplified a rocky patch that we’re going through.”