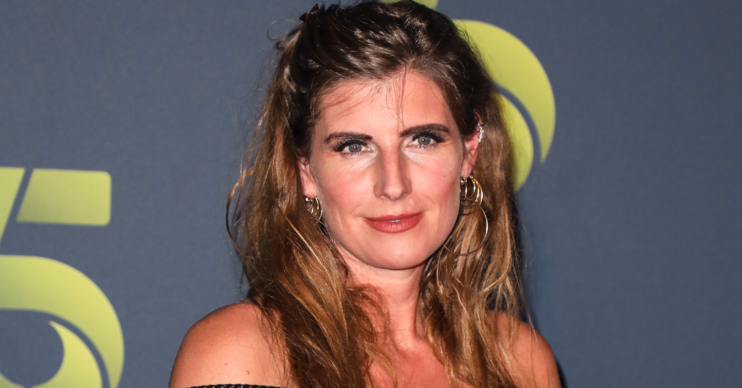 It was a huge change for the Channel 5 star

Amanda Owen from Channel 5’s Our Yorkshire Farm has had a tough few months.

However, it isn’t the first time she’s had to adapt and change.

Amanda, who appears on the popular programme detailing life on her remote farm, recently announced she and her husband Clive have broken up.

The pair confirmed the split in an Instagram statement.

However, despite the break, the pair are expected to continue the Channel 5 series.

Overcoming a divorce is tough, but 47-year-old Amanda has previously revealed that she was forced to adapt her way of living when she first moved to Ravenseat Farm.

Describing the move as “challenging” when interviewed on James Martin’s Saturday Morning last year, the sheep farmer said: “It is very remote.

“I mean, it’s billed as one of the highest remotest hill farms in England. I mean, it’s a challenging place at the best of times.”

She later added: “You have to adapt to the ways of the place and it certainly sort of moulds your whole character.

“I think self sufficiency has to be one of the key things that you have to get your head around.

It certainly sort of moulds your whole character.

“Everything is not to hand. You’re pretty much there doing your thing. You have to sort of work with the produce and what you’ve got around you.”

The mother of nine also revealed that due to the farm’s remote location, it can mean reaching medical help or other necessities can be near impossible.

She explained: “I mean, I’ve got nine children and I’ve had seven of them either at home or at the side of the road because the hospital now is two and a half hours away.”

Earlier in the year, Amanda and husband Clive announced they were splitting after 21 years of marriage.

Amanda revealed the news with a statement to her Instagram page. It read: “Clive and I are sad to confirm that we have made the difficult decision to separate.

Read more: Netflix fans convinced the cast of 365 Day are having sex for real

They added: “We would like to thank everyone for their support and would ask that the media please respect our privacy as we work through this difficult time.”

The pair have nine children together.

Our Yorkshire Farm is on Channel 5 today (July 9) at 1pm.

What do you think of this story Let us know on our Facebook page @EntertainmentDailyFix.