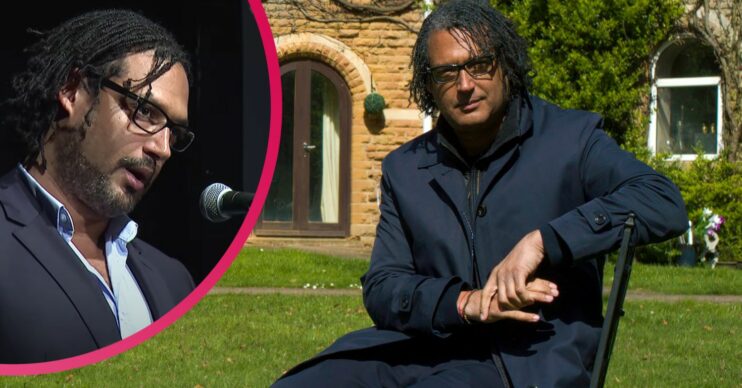 Our NHS: A Hidden History on BBC One: Who is David Olusoga and what’s he known for?

He presents a new documentary about the NHS

Our NHS: A Hidden History on BBC One explores the role of immigrants within the National Health Service – but who is presenter David Olusoga?

David investigates how workers from abroad were needed by the NHS.

But they weren’t always wanted or welcomed.

Here’s everything you need to know about David Olusoga and his new BBC One show.

Who is David Olusoga?

David is a British historian, writer, presenter and film-maker.

He is Professor of Public History at the University of Manchester.

He started his TV career behind the camera, first as a researcher on the 1999 BBC series Western Front.

David soon realised that black people were less visible in the media and became a producer.

The Queen appointed him an OBE in the 2019 New Year Honours for services to history and to community integration.

What is he famous for?

David has presented a number of factual shows for the BBC.

After working behind the camera at the BBC, he subsequently became a TV presenter.

David is also a writer and has published several history books.

How old is David?

David was born in January 1970 in Lagos, Nigeria, to a Nigerian father and British mother.

He is currently 51 years of age.

At five years old, David moved to the UK with his mother and grew up in Gateshead, Tyne and Wear.

He was one of a very few non-white people living on a council estate.

By the time he was 14, the National Front had attacked his house a number of times.

His family required police protection against the attacks.

They were eventually forced to leave as a result of the racism.

David went on to study the history of slavery at Liverpool Uni.

He went on to complete a postgraduate course in broadcast journalism at Leeds Trinity University.

And what’s how you tell racists to shut up.

Who is David Olusoga? Is David married?

David Olusoga lives in Bristol with his wife and daughter.

Not much is known about his personal life.

However, we do know that David met his wife “in the canteen” whilst working at the BBC.

She is a producer at the Natural History Unit.

David has spoken openly against racism.

He encountered racism as a child, and has also talked about racism in TV.

The historian has revealed that he suffered depression as a result of racism in the TV industry.

Professor Olusoga said: “I’ve been so crushed by my experiences […] by the culture that exists within our industry.

“I have had to seek medical treatment for depression.

“And I know many black and brown people who have similar stories to tell.”

Our NHS: A Hidden History on BBC One

A new documentary exploring the hidden history of the staff who have arrived from overseas to serve in the NHS.

Without them, the NHS would have been in danger of collapse – not least during the current Covid-19 crisis.

Will you be tuning in to Our NHS: A Hidden History on BBC One? Leave us a comment on our Facebook page @EntertainmentDailyFix.