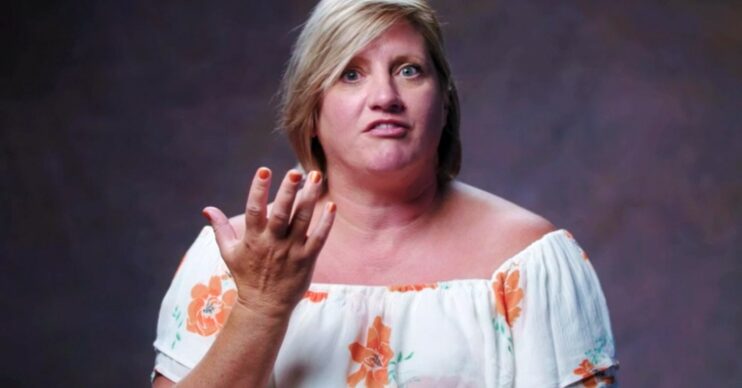 Our Lives on BBC One: Who is The Merthyr Mermaid Cath Pendleton?

Cath Pendleton is the star of remarkable new BBC series Our Lives.

She had a dream of swimming in Antarctica and decided to do everything she could to achieve it.

The BBC One documentary documents her journey, and the bumps and bruises she felt along the way.

Who is Cath Pendleton?

Cath Pendleton, 49, is an NHS worker. She lives in Merthyr Tydfil in Wales. She has become affectionately known as The Merthyr Mermaid.

Cath became the first person to swim a mile in the Antarctica Polar Circle, which is the coldest place on earth.

She had to do a lot of preparation for the challenge, which could be incredibly dangerous.

One of the odder ways Cath got herself ready was training in her shed.

The NHS worker would spend her days lying in a chest freezer to acclimatise herself to the cold.

Cath has managed to achieve the unthinkable all while being a single mother.

“I am a single mum of two gorgeous girls,” she told Wales Online. “My eldest is at university studying marketing and my youngest attends a wonderful local special needs school as she has learning disabilities.

“I work part-time for the NHS as a community smoking cessation advisor with the Help Me Quit service and am currently working from home on telephone support.

“I am really looking forward to getting back into the community clinics and venues when some normality returns.”

Why did she want to swim around Antarctica?

Cath decided to take up her dangerous hobby after she read about the calming effects of cold water.

After getting a taste for it in the lakes around her area, she wanted to go one step further.

“My favourite winter swim training spot is Keeper’s Pond, near Blaenavon. In the winter I am there at least three or four times a week as it is the best place locally for low water temperatures,” she said.

Read more: Alex Scott fires back at criticism of her pronunciation during BBC’s Olympics coverage

When it became time for her big day, Cath became nervous when a group of Killer Whales decided to get in her way.

“The iceberg I was mean to be swimming to had about ten orcas in front of it, so we had to find a new spot,” she told Outdoor Swimming. “If you set your mind to something and you really want to do it, then you can!”

“I’m a middle-aged, single mum from Wales and I know I don’t look like an athlete, but looks can be deceiving,” she told the BBC.

Doing the journey is very expensive, but Cath was sponsored by Source Insurance and Young’s Seafood who paid for all her training and travel.

BBC One Cath Pendleton Our Lives