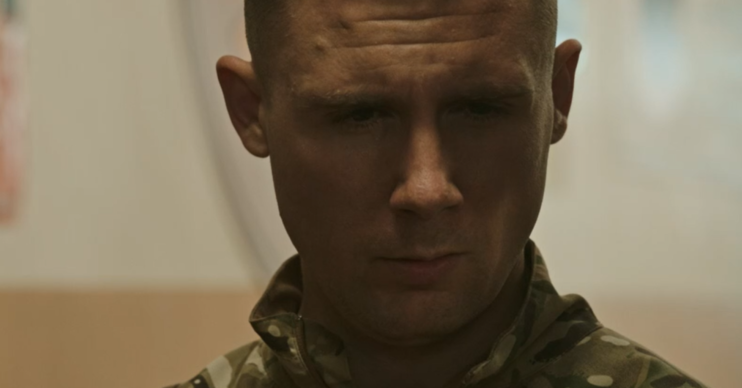 Our Girl viewers expose Cheese as a ‘psychopath’ for the way he makes tea!

Our Girl viewers were left aghast as they watched Private Rhett Charlton – aka Cheese – make a cup of tea last night.

Not only is the 2-Section newcomer upsetting the balance by blackmailing show fave Mimi, he also apparently makes his brew all wrong!

Fans couldn’t believe it as he got a cup, put the teabag in and then added the milk BEFORE the hot water. Milk in first? That’s not right!

With all the other drama going on in last night’s final episode of the series (Tuesday, April 28), something like this could have gone unnoticed.

But eagle-eyed viewers quickly picked up on the unusual brewing method.

Cheese is a wrongun just for putting milk in before the water when making that cup of tea?! #OurGirl

milk in before the water when making a cup of tea though?? knew cheese was a weirdo from the start #ourgirl

WHO PUTS MILK INTO THEIR TEA BEFORE THE WATER, YOU MONSTER! #OurGirl

that new guy just made a cuppa like a phycopath… wtf milk before water, nahhhhhhh #OurGirl

Cheese not to be trusted

Cheese has quickly made a few enemies since his arrival with the squad.

That new guy just made a cuppa like a psychopath.

It soon became clear he knew Mimi and he began blackmailing her over her past.

Mimi had been pretty secretive, giving different stories about her background and her parents.

But last night she decided to confess to Georgie and Prof that she had grown up in care and in fact, they were her family.

Cheese also found himself the subject of an investigation after an incident with an old man in the village.

As Cheese tried to get the lads to back him up, claiming he was “one of them”, Throbber told him:

Clearly Cheese isn’t popular – and not just for the way he makes tea!

Fans had feared she might be killed off, but in fact, she got a happy ending.

As she finally let go of her lost love Elvis, hints of a future with Prof were laid.

No replacement for Michelle has been confirmed for the next series, but stars including ex-Corrie fave Katie McGlynn have expressed their interest in the role.