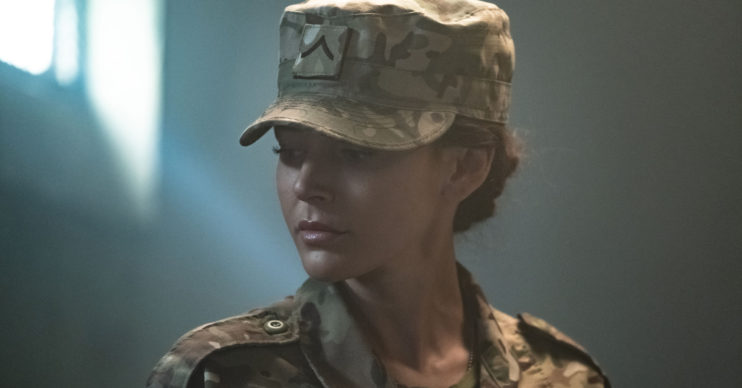 Will Captain James or Elvis return for Our Girl series four finale? Viewers are hoping so!

Fans of BBC drama Our Girl are desperate to see the series four finale next week.

The concluding episode of the fourth series, the last starring former Coronation Street actress Michelle Keegan, is due to air on Tuesday (April 28).

Read more: What is Luke Pasqualino up to now? Our Girl fans are missing his character Elvis Harte

And viewers are chomping at the bit for the next instalment while simultaneously lamenting the fact it’s coming to an end.

On Twitter, speculation is rife over what might happen in episode six. Eager fans have been tabling their theories on the biggest questions and plot points to be settled in the closing chapter to the story of Georgie Lane (played by Michelle).

One said, after last night’s (April 21) episode: “OMG that ending, I’m screaming. If Elvis isn’t alive and well by the end of next week’s episode, I don’t know what I will do. I can’t deal, this week better fly in. I just wanna know.”

Another wrote: “My theory, #elvis from #ourgirl is still alive. As there was only one medic on the scene – that was #Georgie. She was in shock, didn’t properly examine #elvis, she could have imagined no pulse. #evlis also didn’t make it back to the UK, didn’t have a funeral.”

Someone else said: “Anyone else thinking Elvis might still be alive after last night? I’m suspecting something ain’t right.”

My Theory #elvis from #ourgirl is still alive. As there was only one medic on the scene that was #Georgie she was in shock didn’t properly examine #elvis she could have imagined no pulse, #evlis also didn’t make it back to the uk didn’t have a funeral.

Others are certain Elvis’ ‘killer’, Omar, is not actually Omar – and that they’ll learn his true identity in the finale.

“Okay but why do I have a feeling Blue could be Omar?” speculated one.

#ourgirl Dr. Antonio is Omar,” said another, adding: “You heard it here first.”

Another tweeted: “Just need to know who Omar is #OurGirl. My heart is still having palpitations.”

okay but why do I have a feeling Blue could be Omar???? #OurGirl

#ourgirl Dr. Antonio is Omar. You heard it here first

Will Georgie die in Our Girl?

Some fans, meanwhile, are terrified Georgie will die, since it’s her last episode in the show.

One wrote with crying emojis: “Is Georgie gonna die in Afghanistan, the same place that Elvis died and where she feels closest to him?! #OurGirl.”

Someone else said: “Imagine if Elvis was alive the whole time and Georgie dies in the finale before she knows he is still alive.”

A third broken-hearted viewer commented: “I have the feeling Georgie is going to die next week.”

Still others think Captain Charles James (Ben Aldridge), who was a core character from series one to three, will return.

“I’m hoping that next week’s episode enlightens me as to the whereabouts of Captain James, Rab and Maisie!” a viewer tweeted.

“I just want Captain James back. #OurGirl,” someone else said.

“Please tell me captain James comes back?” tweeted another. “#OurGirl it’s just not the same!”

I'm hoping that next weeks episode enlightens me as to the whereabouts of Captain James, Rab & Maisie!!

I hate this old fashioned way of watching TV programmes – having to wait a week for the next episode does my head in. Much prefer to binge in one go.#OurGirl

Please tell me captain James comes back???? #OurGirl it’s just not the same!

Are you looking forward to the Our Girl series four finale? Leave us a comment on our Facebook page @EntertainmentDailyFix and let us know what you think will happen.