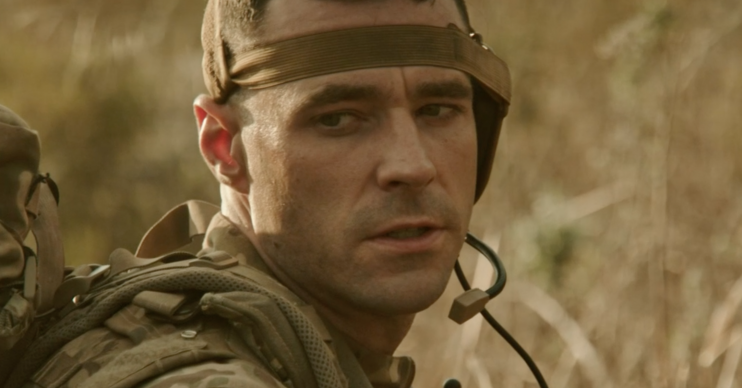 Our Girl soldier Fingers dies after being shot

Our Girl fans have spent the past week worrying about the fate of character Fingers.

At the end of last Tuesday’s episode (April 7), the popular soldier was shot.

In heart-thumping scenes, 2-Section came under attack. After everyone climbed into the truck, Georgie (Michelle Keegan) realised something was wrong with her brother-in-law.

As Fingers touched his torso then pulled his hand away, the medic immediately spotted a huge amount of blood.

The episode then came to an end as Georgie cried ‘Man down!’.

In tonight’s nerve-wracking episode of the BBC One drama Georgie tended to Fingers (played by ex-Coronation Street star Sean Ward) in the truck as he was bleeding out.

Horrifyingly, the Taliban then blocked the vehicle and hopes of making it to the hospital in time began to fade.

Fingers appeared to know his time was running out. With no phone signal, he left a heartbreaking voicemail for wife Marie, telling her he’d got himself “into a spot of bother”.

Realising she could be losing him, Georgie desperately tried to fix Fingers herself, as the Taliban rained bullets on the truck.

Eventually escaping enemy fire, 2-Section then had to abandon the vehicle and carry Fingers on a stretcher towards a helicopter – headed to safety and the hospital.

Georgie faced an agonising wait to discover if Fingers would survive… but it wasn’t to be and he died.

Thought this lockdown couldn’t get any worse. Fingers wasn’t allowed to die #OurGirl

Read more: Our Girl to kill off Georgie Lane?

What do you think will happen to Georgie now ? Visit our Facebook Page @EntertainmentDailyFix and let us know what you think.