Motsi made the decision to quit Twitter last month

Oti Mabuse believes her sister Motsi was “attacked” by trolls on Twitter because she is a woman.

But despite the happy reunion, talk soon turned to the Motsi’s recent battle with trolling.

Strictly Come Dancing: What did Oti Mabuse say about Motsi?

When asked about working with Motsi, Oti said: “I didn’t hire the family, but I would.

“When you get to the point where you are standing in front of your three judges you just blank out.

“Working with my sister gave me the ability to focus on my celeb, I had to, I had no choice.” 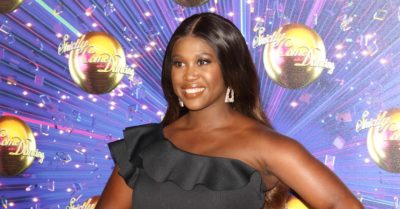 And when it comes to trolling, Oti admitted she usually blocks and ignores negative comments.

She said: “I always get abuse, but there are two buttons, the block and the mute.”

The pro also addressed Motsi’s decision to leave Twitter, saying: “For her [Motsi] to come into this family to be on Strictly, you are put on a pedestal.

During the show, Bill also revealed he was still coming to terms with winning the BBC reality series.

The musician said: “I am thrilled, it still hasn’t quite sunk in yet and this is the first time we’ve met since that night.”

He went on: “Week four was the turning point really when people thought I could actually dance, it was a bit of a surprise to me.”

Following their win, viewers called for Motsi to step down as they believed it was a “fix”.

The Strictly judge previously revealed she was quitting the social media site due to trolling.

Her final message urged fans to follow her ‘strictlykindness’ hashtag.