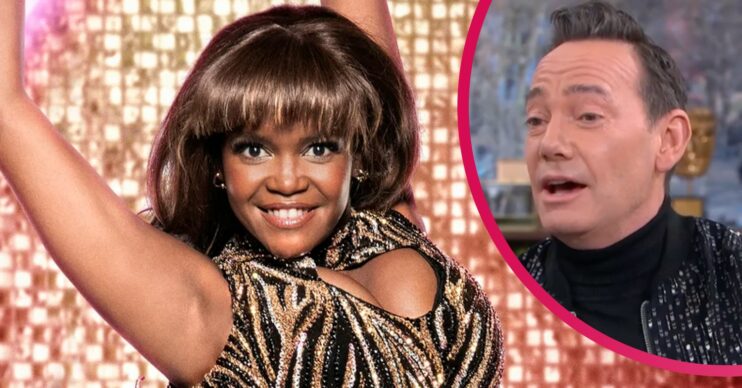 The star announced her departure from the BBC One show today (February 22), after seven years as a professional dancer.

During an appearance on This Morning, Craig shared his thoughts on Oti‘s departure.

Craig sat down with Holly Willoughby and Phillip Schofield on the ITV show on Tuesday.

Commenting on the news, he shared: “It’s fantastic – I think it’s brilliant news.

“I mean, she’s becoming a huge star in her own right and I think that is the way to treat the business.”

Craig, 57, continued: “There’s only so long you can spend in one show. As you know in musical theatre, you don’t want to do the same role for seven years.

“I think it’s the best move she’ll ever make. She’s a fantastic presenter and I love her. I will miss having the odd dance with her because she’s the tallest pro we have.”

The TV judge sweetly concluded: “I will miss her, but I get to see her on the telly everyday so it’s great.”

After months of speculation, Oti confirmed her departure from Strictly earlier today.

The 31-year-old pro wrote on Instagram: “Never easy to say goodbye. I have been part of the most amazing TV show, Strictly Come Dancing for the past seven years and it has been an incredible time.

“Lifting the Glitterball twice and having the best journey with all my celebrities, but also meeting and working with the best team, crew, producers, celebs and incredible professional dancers!”

She continued: “I’m honestly so grateful to The BBC and will always remember that Strictly and BBC brought me to the UK – which I now call home and I have learnt and grown so much.

“Thank you from the bottom of my heart. I can’t put in to words how difficult this decision has been, but I have decided not to return for the next series.”

Meanwhile, Strictly also announced the news in a statement.

However, Craig isn’t the only judge to comment on the announcement.

The head judge shared: “@otimabuse I’m so proud of you in so many ways. You for sure have been a big part of the show and you will be missed. We will see you move forward in such a positive light.

“I’ve enjoyed so many times with you and loved the fact you loved to learn. Beauty for sure you have, but your beautiful heart shines brightly. Looking forward to following your future. May your candle continue to glow brightly for all those around you. Love you lots.”