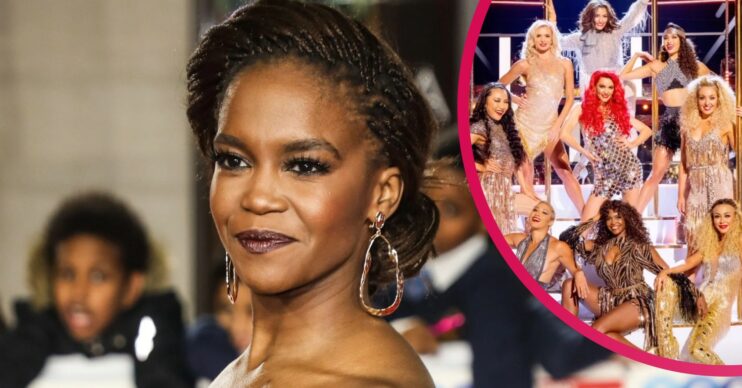 We couldn't be more excited!

Oti Mabuse has left Strictly Come Dancing fans reeling with excitement, as she shared a first group shot from rehearsals.

The 31-year-old dancer took to social media to post a trio of photos ahead of the upcoming BBC One series.

Dressed in glitzy costumes, the professionals looked incredible as they returned to the Strictly dancefloor.

The first shot, which was posted to Oti’s Instagram account, showed the female pros posing on set.

Oti was joined by the likes of Dianne Buswell, Katya Jones and Karen Hauer.

She followed the snap with a group shot of the men, including Giovanni Pernice and Aljaž Škorjanec.

And so the fun begins

Fans were left delighted by the preview, which Oti captioned: “And so the fun begins… @bbcstrictly.”

Taking to the comments, one wrote: “Oh wow you all look amazing… I can not wait.”

A third wrote: “Can’t wait for you all to get going! Have a brilliant time Oti.”

In addition, a fourth said: “Beautiful – bring on the glitter.”

When does Strictly 2021 start?

In fact, the series will return to television screens on September 18.

The BBC previously revealed the news on social media by tweeting a video of McFly star Tom Fletcher, who is taking part this year.

The caption said: “The countdown is ON! Only 15 days to go until Tom Fletcher and our Strictly stars hit the dancefloor.”

But, according to reports, bosses have put a “no snogging” rule in place for this year’s series.

The news comes after last year’s series, where rumours circulated that Maisie Smith and HRVY grew close during the competition.

A source told The Sun: “This kissing ban is likely to be part of a package of measures introduced by producers to make the show as safe as possible.

“They want to minimise the risk of any bombshells, particularly as a studio audience is being brought back into the studio this year.”