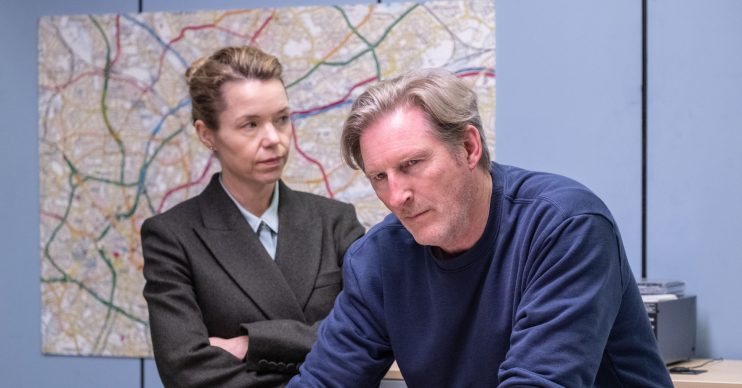 A surprise behind the camera

Millions of viewers are expected to tune into tonight’s thrilling series finale of Line Of Duty.

In front of the camera, they’re primed to find out who the identity of bent copper ‘H’ is but behind it there’s some equally surprising news – a member of the original cast of EastEnders has directed the episode.

Sue Tully played Michelle Fowler from 1989 until 1995, and was involved in some of the soap opera’s most dramatic early storylines.

The revelation that she had a one-night stand with married Dennis Watts – 24 years her senior – and the subsequent birth of her daughter, Vicki, kept the nation on tenterhooks as they asked, ‘who is the father of Michelle’s baby?’

Michelle was also involved in other juicy storylines: she jilted poor Lofty at the altar, was shot by one of Grant Mitchell’s psychotic gangster friends, and was heavily involved in the infamous Grant-Sharon-Phil storyline that gripped the nation during Christmas 1994.

After leaving EastEnders in the mid-1990s, Sue went into directing and has helmed episodes for series like Silent Witness, The A Word and Tin Star.

This is arguably Sue’s highest-profile directing job, and millions of fans are expected to tune into the series finale when it airs on BBC One tonight.

Throughout this fifth series, the identity of ‘H’ has been at the centre of story.

With the identity of ‘H’ still to be revealed, Martin Compston told Sunday Brunch, “The show itself has been commissioned for another series, but who knows who’ll make it there.”

“There will be a few pay-offs and some things resolved.”

Have a theory about who ‘H’ is? Leave us a comment on our Facebook page @EntertainmentDailyFix and let us know.