What did you think of the ending?

The Showtrial ending got us all heated up tonight (Sunday November 28) and it dropped a few bombshells.

Not least whether Talitha Campbell was guilty or not, and who really killed Hannah Ellis.

But was it a satisfactory ending? And why do crime dramas sometimes disappoint with their finales? 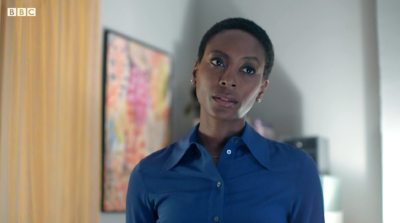 What happened in the Showtrial ending?

In an unexpected twist, on the stand Talitha revealed that she had not only been raped by her mother’s friends at her ‘parties’ as a teen, but…

… her mother had also abused her.

It was a shock, not least to Cleo, but to her father Damian as well.

Read more: Showtrial on BBC One cast: Who plays solicitor Cleo Roberts? What other TV shows has she been in?

So much so, that the ruthless billionaire was visibly sickened and emotional at the revelation.

Up until that point Talitha was on top form as she was cross-examined by all sides.

She made mincemeat of the prosecution lawyer on more than one occasion, and her quips endeared her to the jury.

So far so good. 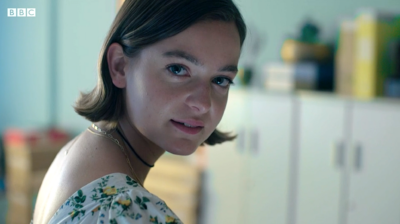 Is Talitha really not guilty?

In the end, there was just too much evidence against Dylan.

And DI Cassidy’s handling of the whole investigation didn’t do the police any favours – after all, she had it in for Talitha right from the get-go.

With the scarf being in Dylan’s possession before Hannah’s murder, and his history with women, it was a done deal.

However, when Talitha visited Cleo to thank her and say her goodbyes at the end of the episode, there was a chink of ambiguity.

“We did it Cleo,” Talitha said to the lawyer. “We so totally fooled them.”

As Cleo looked on in horror, Talitha added: “Your face… I thought it didn’t matter. I thought it was all about process.”

And then she laughed and said: “Gotcha!”

With that she skipped off to Paris.

Now, I’m not suggesting that open-ended finales are a bad thing, but it’s difficult when you invest so much into a crime drama and not get an ending that ties everything up.

Talitha has been an ambiguous character all the way through, that was part of her appeal.

But… can we just get something that puts a bow on it?

Read more: Showtrial on BBC One cast: Who plays posh suspect Talitha Campbell and where do you recognise her from?

One of the appeals of crime dramas is that we get to find out who the bad guy (or girl, in this case) is and they get the justice they deserve.

We love the puzzle of trying to work out whodunit, and then the retribution at the end.

However, Showtrial – while a good watch with a great cast – let us down slightly with that ending.

So a message to writers: don’t do a Line of Duty on us again.

I don’t think we can take anymore.