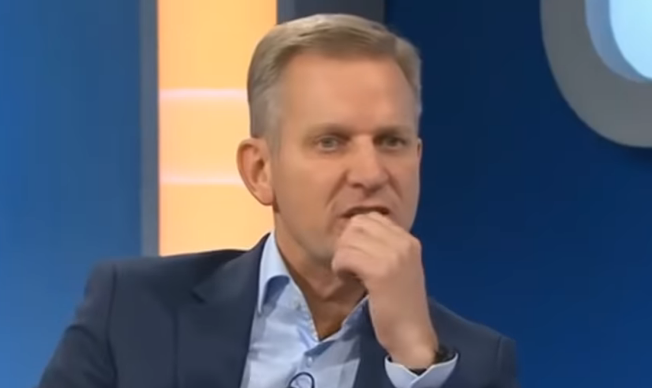 Journalist Christian Guiltenane is glad the show has been canned

Former OK! editor and entertainment journalist Christian Guiltenane doesn’t mince his words about the end of The Jeremy Kyle Show…

“So The Jeremy Kyle Show has been axed. About time!

The shock news comes as the notorious talk show is being investigated after the reported suicide of a guest who was exposed as a love cheat after a lie detector test.

As soon as news of the death emerged, there were calls from MPs and leading entertainment figures to bring about the end of this out of date programme.

In my mind, its sole purpose is to create as much drama on screen to keep the salivating studio audience on their edge of their seats and the viewers at home glued to ITV1 of a morning.

Yes, occasionally Jeremy has reunited warring families and sent desperate addicts to rehab, but these are every so often.

In reality, I believe it is nothing more than a modern day equivalent of bear baiting.

It’s been argued the guests know what they’re signing themselves up for, but I don’t really believe that. The overwhelming lure for them is a night away in a hotel, a reported £200 appearance fee and the prospect of seven and a half minutes of fame in their local area.

So, yes, they willingly sign up to the show but let’s, be honest, these people who are generally not the best educated, and are not exactly living their best lives and so are incredibly vulnerable that they are likely to agree to anything.

Chuck in Jeremy Kyle’s sometimes aggressive manner into the mix and what we have is a rich middle class TV presenter and journalist shouting and demeaning people who come from a very different world.

The TV company say there is duty of care throughout the process, but once the participants go back to their real lives, what really happens then? Who knows?

But there are more concerning aspects to the show that make me feel very uncomfortable. According to reports and testimonies from former staff members, guests are outrageously manipulated into getting so angry to create ‘good TV’ drama without a thought of the consequences.

A former runner told BBC Newsbeat this week how producers would set guests against each other to achieve maximum impact on stage. “Producers and researchers would be talking to guests for hours before the show began, passing information across. I heard them saying things like, ‘You won’t believe what I just heard your fella say to me just now’.

“On one occasion I was in the dressing room and overheard a producer tell a guest that their girlfriend had called them a “slag”. This was normal – you didn’t even question it.”

We all know that’s how TV works. We know that nothing we see on screen is as it really is and that it is all a construct. But playing with vulnerable people’s lives and forcing outcomes that will leave families’ lives in pieces and creating broken homes, is utterly unforgivable.

The worst part is, we are all complicit. I, myself, admit to having been swept up in the grotesque spectacle.

I hissed and booed at the ‘villains’ who supposedly cheated on their partners.

Read more: Estranged wife of Steven Dymond alleges he was a paedophile

I sniggered at the toothless unfortunates wearing their skanky track suits (which, it has now been claimed, were supplied by the TV company).

And yes, I am ashamed.

I am ashamed that at one point in time I let myself get caught up in this vile world in which we look down on others to make ourselves feel better.

I am ashamed that I gaily laughed at people who struggle for money and appear not to have a fulfilling happy life.

I am disgusted with myself.

But I saw the error of my ways and have happily campaigned for this terrible show to be scrapped.

In the wake of the show’s demise, viewers have called for Love Island to be axed too, following the suicide of two of its former villa mates. But I would argue that their deaths are not directly caused by the show.

Let’s not forget, when they leave the island, contestants are usually snapped up by agents and managers who then shape their careers and should be there for them for emotional support when they go through dark times.

Mike and Sophie’s suicides took place many months after the show and have not been linked to the show. It would appear that Steve Dymond took his life after his world collapsed around him after being exposed as a cheat on the show in front of a baying audience and, according to Steve’s son, Jeremy, who reportedly laid into him.

This kind of show no longer exists in the US after a series of deaths and murders and because tastelessness of the content was no longer sought by viewers.

So I applaud ITV for axing a show that has been for some time at odds with its core values that we support vulnerable people, and undoes all the good work its sister shows such as Lorraine, This Morning and Loose Women do.”

Do you agree with Christian’s views? Leave us a comment on our Facebook page @EntertainmentDailyFix and let us know.