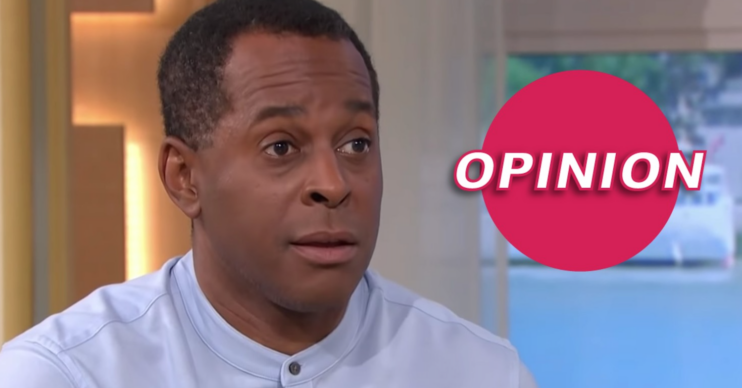 OPINION: ‘Andi Peters needs to be given a go as permanent presenter on This Morning’

Andi should be shoo-in when you think about it

Yesterday, Andi Peters stepped into a hosting crisis on This Morning (Thursday September 3).

The 51-year-old star was a surprise addition to the daily rotation, and he saved the day when he took the place of Vernon Kay, who tested positive for Covid.

However, Andi was more than just a substitute presenter, and soon viewers called for him to be a permanent addition.

And we agree – he was a natural.

The gallery gave him a huge round of applause at the beginning of the show.

“Don’t because I’ll get emotional,” Andi said. “And will all know how easily I cry on television.

“It’s a real pleasure to be here, genuinely.”

Read more: Does Andi Peters have a partner and which box-office film did the GMB host star in?

And it was a pleasure for us, too. He and Rochelle Humes proved to be a fun, relaxed and accomplished duo.

They cracked jokes, seemed at ease with each other and had nice chemistry.

And a lot of that was down to Andi. His effervescent personality has always been evident, but yesterday it seemed to give the show a big lift.

Andi has an enviable CV

Should we be surprised? No.

If you’re of a certain age (ahem, and I’m looking at myself in the mirror) you’ll remember Andi from the late 1980s and Children’s BBC.

He followed Phillip Schofield and presented from the fabled broom cupboard, and then was a success on the Beeb’s flagship Saturday morning show (remember those?), Live & Kicking.

He then threw himself into key jobs behind the camera and became a successful commissioning editor and producer.

So Andi knows TV inside out – both in front of the camera and behind it.

You can see it when he presents the competitions on GMB and Lorraine. He’s able to roll with all the variables of live TV, adlib and makes it all look so easy.

Listen, This Morning already has an established rota of presenters.

Phil and Holly, Eamonn and Ruth, Dermot and Alison… they’re all great and each duo has their own unique chemistry.

Read more: This Morning viewers praise Andi Peters and plead with show bosses to keep him

But why not add Andi and Rochelle to that list? Yes, it’d be difficult to find a semi-regular spot for them, but adding Andi would be a smart idea.

After all, it’s easy to forget that he’s an expert when it comes to live TV.